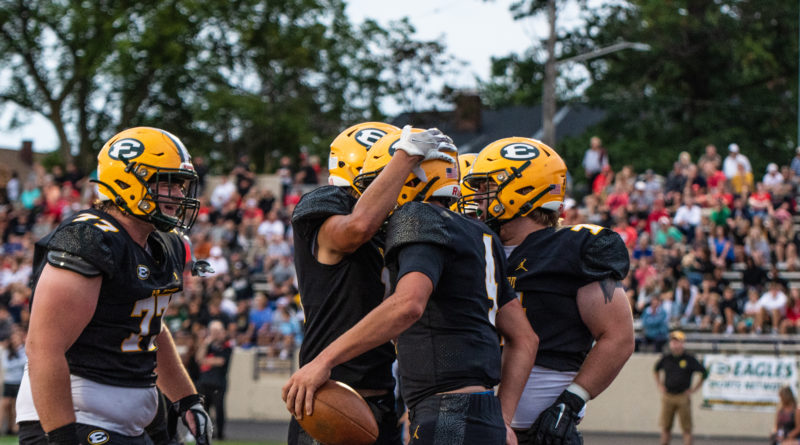 St. Edward won 47-7 as quarterback Christian Ramos put on a show for the home crowd in Lakewood in the air and on the ground, completing 16 of his 20 passes for 241 yards while rushing for three touchdowns.

After Mentor trimmed St. Edward’s lead to 14-7 in the second quarter, the Eagles went on a 33-0 run to end the game.

Connor Goodall had four catches for 74 yards and a touchdown for St. Edward.