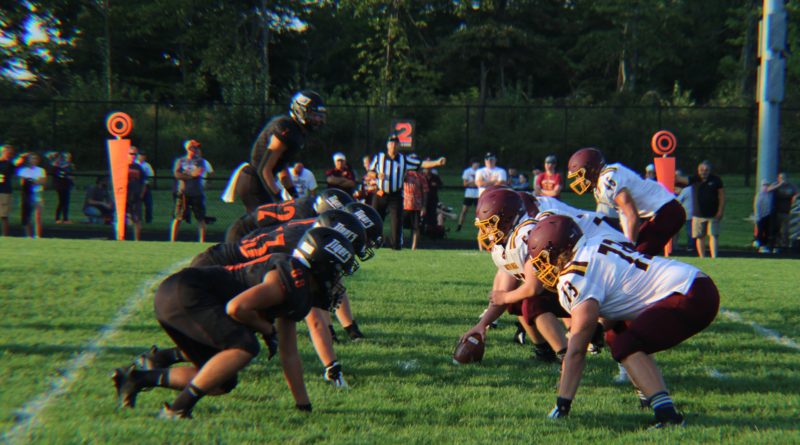 Since the spring of 2020, high school sports have felt the ramifications of a worldwide pandemic.

COVID-19 has caused cancellations and adjusted schedules for all sports in Ohio in an attempt by the OHSAA to slow the spread of the virus and protect the health of all student-athletes.

A drop in positive COVID tests over the summer brought hope for a “normal” high school football season.

Through the first two weeks of the 2021 football season, that return to normal hasn’t come at several schools. Heading into the third week of the season, more than 80 games have been canceled because of positive COVID tests or close-contact quarantine protocols.

“When that came out, I said to our principal, ‘You tell me they don’t think there are going to be a lot of cancellations? To drop the minimum from eight to five is pretty substantial, right?'” Mogadore coach Matt Adorni said. “It wasn’t like they went to seven, they went to five, so they must be planning on some teams canceling.”

The Wildcats were one of the first teams in the state to experience a COVID cancellation when Triway in Wooster County had a player test positive just before their Week 1 game.

“All of us involved in this are saddened because it’s a serious issue, and it’s kind of disappointing that we are still dealing with this,” Adorni said. “In some ways, I fear this could end up being a little worse than last year if you look at the numbers, the stats and the way it is affecting kids.

“My fear is that in the next couple of weeks when we get back to school, that we are going to see more and more cancellations. I hope I’m wrong on that.”

Adorni’s wife is a nurse in Akron, so he has first-hand knowledge of the ever-changing effect the virus is having on northeast Ohio.

The cancellation of games has also created a new challenge for athletic directors and football coaches. Who should they or where should they look for a new opponent, sometimes on short notice?

“It forces you to be very flexible,” Adorni said. “If you start trading game film on Tuesday or Wednesday and start picking up late opponents, then it almost has a scrimmage feel for you. You’re kind of going into games blind and makes it difficult for prepping your team. … Some people on social media are picking on teams about why they won’t play (another team). But you don’t want to go get your kids hurt. You want to give your kids a chance. You want to put your team in a place where they can compete.”

The OHSAA has given schools a guideline on its website for quarantine after exposure in the classroom along with a flow chart for procedures depending on masks, vaccinations, social distancing and positive testing. But professional health care systems and county departments of health are giving individual schools direction on whether they can play or need to cancel.

“Our schools are working with their county departments of health on a daily basis,” OHSAA media relations director Tim Stried told Dayton 24/7 Now. “We would encourage that. If there’s no statewide directive from the Ohio Department of Health, the county department of health is their go-to source for guidance for quarantine procedures.”

For the David Anderson Blue Devils in Lisbon, the close contact part of the regulations proved especially disappointing. After a hard-fought 27-13 loss to Windham in Week 1, Windham had a positive COVID test the following week.

Because of the close contact the David Anderson players had, the Blue Devils were placed in quarantine and had to cancel their Week 2 game.

“I take the virus seriously, but that one bothers me a little more,” Adorni said. “It wasn’t on their team, it was outside in a game. Did they really contact it? I don’t know that there has been a lot of evidence that kids have contracted it in a situation of playing another team. Obviously, we know where they are contracting it in close quarters in locker rooms within your own team.”

The cancellations haven’t been confined to northeast Ohio. Friday’s scheduled Trotwood-Madison vs. Springfield game was canceled because of COVID-19, the second straight week Springfield had a COVID-related cancellation.

However, the Springfield Wildcats, ranked No. 6 in SBLive’s Top 25, were able to reschedule and will play at Lima on Saturday.