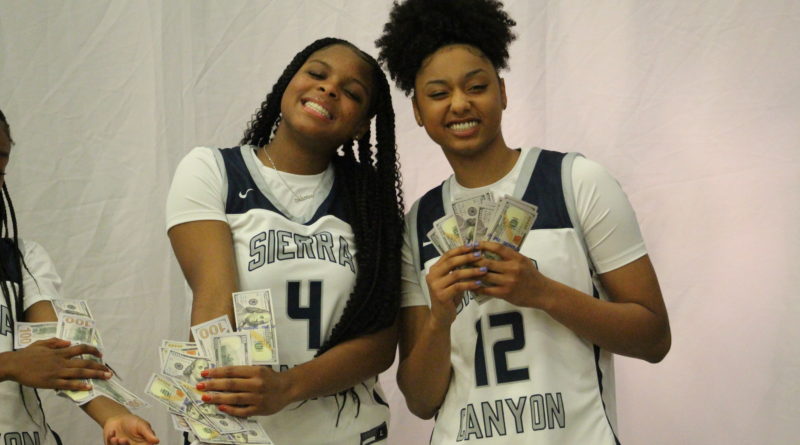 The California high school girls basketball season is officially underway, which means it’s time to spotlight the top players in the CIFSS. With that said, here are SBLive’s All-Southern Section Girls Basketball Teams heading into the 2021-2022 season.

Our pre-season do not take into account any games from the start of the 2021-22 season.

Did we miss anyone? Let us know on Twitter or Instagram, where our handle is @SBLiveCA. Don’t worry though, because we have a whole season ahead of us to find and cover all the top players in the Southern Section. And we will have many more awards coming out throughout the rest of the season, which won’t be influenced by our pre-season picks.

The 5-star UCLA commit averaged 21.3 points, 3.9 rebounds, 2.4 assists, and four steals per game last season for the CIF SoCal champion, and made SBLive’s First All-State Team. Jones was one of the top three-point shooters in California in the spring, making 74 threes at a 37% clip for an EFG of 57%.

Arguably the top player in the Class of 2023, Watkins averaged 24.9 points, 11.4 rebounds, 2.3 steals and 1.5 blocks per game last season as as a sophomore at Windward. As a freshman, she averaged well over 20 PPG to lead Windward to the CIFSS Open Division title game. Now the 5-star wing is at Sierra Canyon.

In her lone season at Orangewood Academy in the spring, Stines put up 19.5 points, 8.8 rebounds, 5.4 assists, 4.2 steals, and 1.5 blocks per game. The 4-star Washington commit shot over 40% from three on her way to an EFG of 57%, and led OA to the fourth seed in the Open Division playoffs. After transferring back to Troy, it’s unclear when she’ll be eligible to play, but is one of the best players in the state whenever she’s available.

Last season as a junior, Jaquez averaged 31.7 PPG, 14.8 RPG, 2.4 APG, and 2.9 SPG, and she also helped lead Cal Stars to a Nike EYBL championship over the summer. Last season in a one-point Division 1 playoff loss to Bishop Montgomery, Jaquez dropped 52 points (second most in Ventura County history) on 19-36 shooting to go with 18 boards and two steals. The 4-star SF is committed to UCLA.

Smith averaged 22.4 points, 11.7 rebounds, 3.2 assists and 2.8 steals per game on one of the best teams in the section last season. Both SBLive and Cal-Hi Sports named her Freshman of the Year, and she’s also a member of our first all-state team.

In the spring, Long posted a crazy line of 32 points, 13.3 rebounds, 4.3 assists, 4.7 steals, and 2.3 blocks per game to lead Valley View to the Division 1 playoffs. Her mark of 75 threes led the state, and she has since picked up offers from San Jose State and Indiana.

One of the top players in the Class of 2024, Randolph averaged 22.7 points, 13.5 rebounds, and 2.7 assists per game last season for the Division 1 semifinalist. She spends a lot of time at center for the Trailblazers but is a power forward by trade. Randolph recently caught up with SBLive at Sierra Canyon’s 2021 media day.