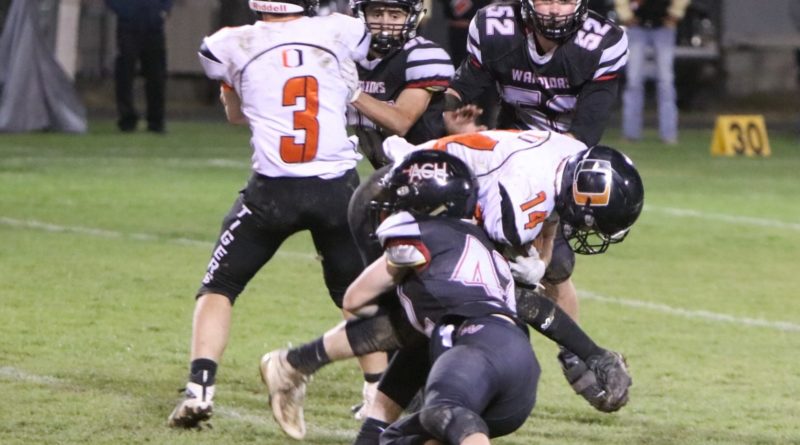 Almira/Coulee-Hartline senior lineman Reece Isaak’s pair of forced turnovers in the Warriors’ momentous Week 6 win over Odessa were voted the top play in the state of Washington in high school football games that took place between Oct. 7-9.

Isaak’s tipped interception to himself on a quarterback option and forced fumble on a sack helped ACH pull away in the third quarter of a 50-20 win over Odessa. The win vaulted the Warriors (6-0) into the No. 1 spot in SBLive’s 1B state power rankings.

Isaak received 23,067 votes — 48.2 percent of the vote — to distance himself among the nine other top play candidates.

Rainier Beach standout Jaelin Green finished in second place with 16,337 votes, 34.2 percent of the total count, for his touchdown catch through traffic in a 41-0 win over Garfield, and Davenport’s Jarrett Jacobsen’s game-sealing interception finished third with 9.5 percent (4,536 votes).

View the complete results of the poll here.

Re-live the top plays of Week 6, including Isaak’s, here: