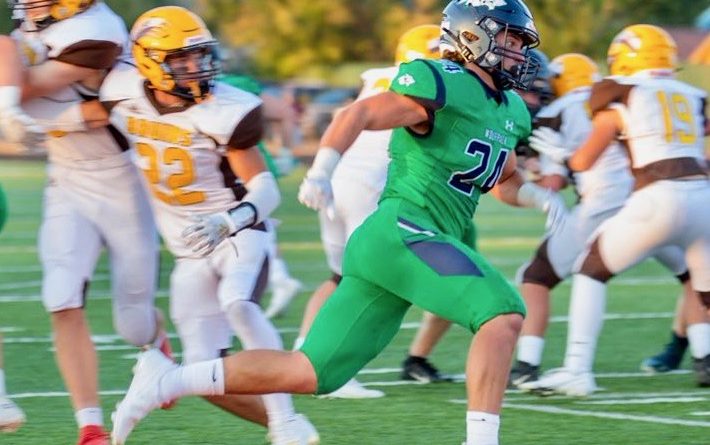 SBLive Montana is previewing the Top 10 high school football teams in the state ahead of the 2021 season. Here’s an inside look at the Glacier Wolfpack of the ‘AA’ West Region – No. 6 in our countdown.

A big, athletic front line coupled with arguably the state’s best running back makes the 2021 game plan simple for the Wolfpack.

“We have to run the ball,” Glacier coach Grady Bennett said. “Why wouldn’t we with a guy like that?”

The “guy like that” is Jake Rendina, an all-state selection as a junior who brings 2,377 career yards of rushing offense in tow for his senior campaign.

Of course, what is an obvious strength also commands close attention.

Which will put at least some onus on the Glacier passing game to relieve that in-the-box pressure. And the Wolfpack turns to a new core of receivers and a new quarterback to get that done.

The quarterback is junior Gage Sliter, a kid Bennett describes as cerebral and a hard worker.

“He’s got what it takes to manage the system,” Bennett said.

One pass-catcher who will not be new resides at the tight end position. Luke Bilau provides Sliter a big target with good hands, in addition to being a good extra blocker for Rendina.

Bilau had 30 catches and was a second-team all-state pick as a sophomore. His receiving numbers fell as a junior as the Wolfpack struggled to get him the ball.

Bennett thinks with Sliter, Bilau’s numbers should rebound. The Wolfpack will look for the passing game to do just enough to make the 30-35 touches a game they’d like to get for Rendina as effective as possible.