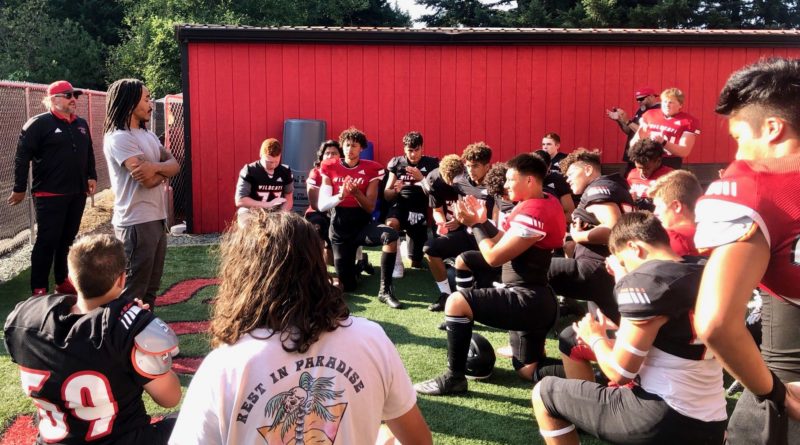 SBLive is previewing the Top 50 high school teams in Washington ahead of the fall 2021 season. Here’s an inside look at the Archbishop Murphy Wildcats of the 3A/2A/1A Northwest Conference – the No. 49 team in our countdown.

Dissects plays pre-snap with ease – then all-2A Wesco first-teamer blows then up by charging into the middle of the trenches.

Broke away from multi-layered quarterback battle at the start of spring and showed off his dual-threat skills; it’s now his offense.

If you take their spring-season record at face value – you’d think the Wildcats had a lost a bit of gloss shining their perennial 2A supremacy.

The reality is, this group primarily made up of underclassmen challenged 4A Wesco powerhouses Lake Stevens and Glacier Peak as early litmus tests. By the time the Wildcats’ faced Lakewood in a late-season showdown, they were bruised and battered.

First-year coach Josh Jansen hopes there is a long-term payoff for that brutal schedule as the year-older Wildcats try and navigate the difficult Northwest District.

ATM has an interesting blend of 18 impact seniors and a talented class of juniors as it continues its second-year transition from the Wing-T to the spread offense.

“There was a buy-in and quick adoption to all of that,” Jansen said. “We’ve advanced a ton in that department.”

Quarterback Kai Lewis is one of the league’s exciting up-and-comers, and not only can make throws all over the field, he can escape pressure when plays break down.

“He has arm and leg talent you cannot coach,” Jansen said.

One thing Jansen likes about his group of skill-position players: Versatility.

All of the running backs – Jelani Guerrero, Christian Ayson and Junior Gates – can play in the backfield or out in space. And former tailback Matthias Wilson has settled in nicely as a move-around slot receiver.

If the offensive line’s new pieces settle, the Wildcats should have no problems putting up points – and winning games.