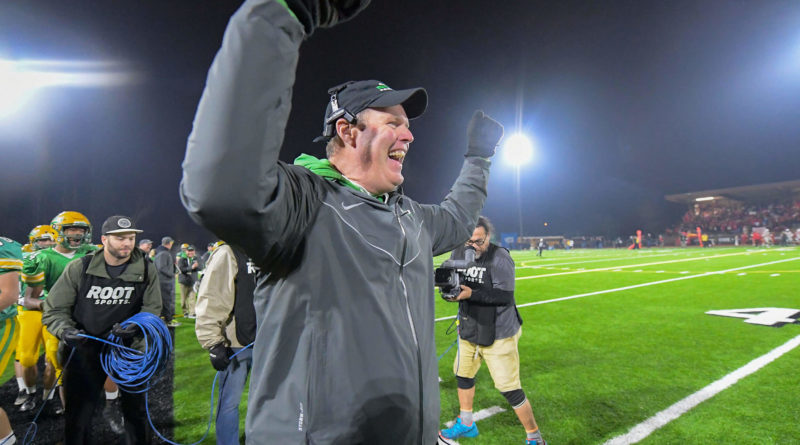 More than 20 months have passed since the last champion was crowned – with the past four 2A title winners, including Tumwater in 2019, posting undefeated seasons.

The 2019 state champions are the best 2A team two years running, but need to find replacements at key spots, including the entire offensive backfield, and four new offensive linemen. The quarterback position is far from settled, especially with junior Alex Overbay (thumb) working his way back. But the Thunderbirds still have two towering presences in TE/DE Ryan Otton (UW commit) and Austin Terry (Boise State).

Coach Dan Teeter felt like his team could have been championship contenders last season if there was spring postseason – and thinks it can be so again in 2021. Why? The Cougars are big, led by OT/DE Jakobus Seth, a WSU commit, OT Eric Hernandez and TE Andrew Malloy. If dual-threat QB Justice Taylor continues to show pass-game improvement, and WR Blake Conyers and Dylan Matthews fill the graduation void – watch out.

This high ranking might be a head scratcher to some, especially since the Vikings have never each reached the final four at the state level. But with 17 starters returning, this has the make-up of their best team ever. All-state QB/DB Colton Bower makes it all go, and he will have all the freedom as a runner and passer to lead this offense. And he has a shifty slot WRs Lincoln Castillo and Logan Sloman to target often.

Injuries not only decimated this program during the spring season, but they have carried over to the summer. Consequently, the Lions are in wait-and-see mode at key positions – especially at quarterback. FS Max Moore moved under center in June, and impressed so much as a runner, he might remain there to pair with Kaeden Hermanutz. With nine returning starters, defense will be asked to carry the action in the early going.

The reigning state runners-up from 2019 are in flux. Former head coach Colby Davies left in July for an assistant job at Portland State. And record-setting QB Chance McDonald is now at Western Kentucky. Enter QB/WR Cole Miller, who could be the signal caller, especially as a runner, or could move out wide if Cascade Christian transfer QB Caleb Crider is ready to take over. Run game and defense are strengths, and this roster is still full of talent.

The ultimate X-factor team, if all breaks right, the Storm could be serious state championship players. Everyone knows about RB Ben Schlenbaker, a powerful, shifty runner who is also a WSU commit. He is arguably the top tailback in the state. The unknown entity is QB Leyton Smithson, a transfer from Boise who is a high-ceiling athlete with breakaway speed. He played running back/wide receiver at Mountain View (Idaho).

How can a program with these type of credentials be flying under the radar? The two-time 2A champion Hawks are revved up for one more deep run in the postseason. They’ve always had a trigger man – and QB Jarod Oldham, a baseball player, has the arm talent to carry this offense. But he was up and down last spring in his first year as a starter. If he develops, offense is loaded with playmakers, led by WRs Andre Northrup and Tyler Litle.

If this core group of talented 2023 players takes that expected next step forward, the Wildcats could be much better than their preseason ranking. QB Kai Lewis took the starting job as a sophomore last spring and ran with it – and is showing he is capable of making all the throws. He has senior weapons everywhere in RB/WR Jelani Guerrero, TE Tyreek Curley and RB Christian Ayson at his disposal.

What you always know about Mark Gunderson’s group – it is committed to the run game, plays disciplined defense and gets rarely blown away. Expect more of that in 2021, but the Hornets will feature a bit more versatility in their offensive backfield. QB Malcolm Harper shifts over from wide receiver, becoming an instant dual threat. And slashing RB/WR Dylan Watterson is a do-everything ball carrier.

When it comes to best state hopeful from eastern Washington, West Valley of Spokane, Othello and Shadle Park deserve mention. But we are giving the nod to the five-time state champions with a proven performer under center (returning 2A CWAC MVP Kaiden Rivera). More will be on his plate as a senior, but if he can consistently find WRs Isaac Kernan and A.J. Gonzalez, this offense should put up lots of points.