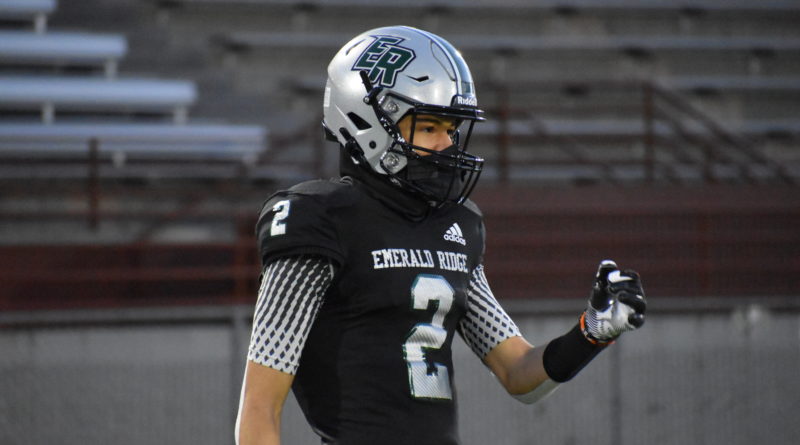 It didn’t matter how, or when – Emerald Ridge High School’s Denzel Boston was just happy the University of Washington football staff wanted him part of the future.

Boston, a highly-skilled 6-foot-4 wide receiver, announced on social media Wednesday afternoon that he was giving the Huskies a verbal pledge for the 2022 class.

Jaguars coach Adam Schakel said the interest between both in-state Pacific-12 Conference schools picked up quickly over the past 10-12 days – starting with Boston being offered by the Cougars at a recent 7-on-7 tournament in Pullman.

A few days later, Boston spent time with a few of his Ford Sports Performance buddies on the UW campus – and got an offer from the Huskies.

“It was UW or WSU,” Schakel said. “With UW being right here and close, that is what he wanted.”

In some ways, Boston – the younger brother of Eastern Washington University wideout Andrew Boston – is still a vastly-underrated prospect given his skill set. The three-star recruit is springy, athletic and has a knack for winning most 50-50 balls high up in the air.

“He is a matchup problem,” Schakel said.

If he signs with the Huskies in December, Boston will be the second Emerald Ridge player to go to a Power 5 school. Defensive lineman Mosiah Nasili-Kite also signed with the UW out of high school in 2018, but has since transferred and is playing at the University of Maryland.