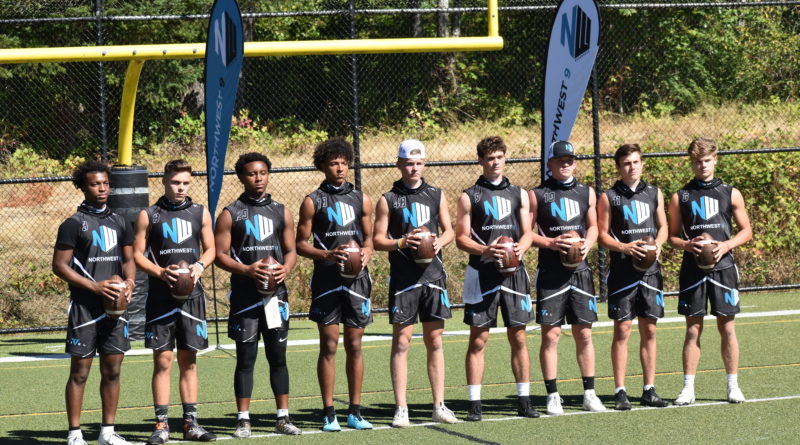 Here are three prominent summer-football events to monitor around the Northwest in 2021:

Biggest evolution from inaugural event: Well, in just a short time, this NCAA-certified event not only has attracted some of the top recruits in the country (Sav’ell Smalls, of Kennedy Catholic, in 2019; Joshua Conerly, of Rainier Beach, expected this weekend) – it is starting to gain the attention of big-name coaches nationwide (Michigan’s Jim Harbaugh is expected to be in attendance Sunday) as well.

What to know: The good news about Sunday is that 300-plus athletes will be at PLU in the morning to work out in the instructional showcase (8:30-11 a.m.). The bad news is that the fun part – the afternoon 11-vs-11 passing tournament (each game is 12 plays on offense, 12 plays on defense) – has been canceled due to hot-weather concerns. With temperatures expected to reach as high as 107 degrees, many of the participating teams began contacting tournament officials to say they were withdrawing as a safety precaution. Too bad, because the field of schools (Eastside Catholic, Glacier Peak, Graham-Kapowsin, Lincoln of Tacoma, Sumner) was deep and talent-loaded. The tournament is expected to return next year (June 25, 2002).

Biggest evolution from inaugural event: This started as a five-team tournament. Now, the field is up to 20-plus teams – and provides a unique sideshow with the “Lineman Challenge.”

What to know: Quick, can you name the last summer passing tournament reigning Gatorade state player of the year Sam Huard won with Kennedy Catholic? It was this wildly-popular event at Lakewood, which has built up an impressive profile as arguably the top 7-on-7 tournament in Washington. Teeter has been able to not only land the heavy hitters (Kennedy Catholic, Lake Stevens, Bothell, Lincoln of Tacoma, Woodinville) for the tournament, he has also created a multi-event “Lineman Challenge” where the big boys complete in running relays, a tug-o-war and tire-flip competitions – with individual and team winners crowned. Event returns after one-year postponement due to COVID-19.

Biggest evolution from inaugural event: Just as Barton envisioned it to be, this quarterback-elite competition has truly become a regional showcase, with signal callers qualifying from Washington, Oregon and Idaho.

What to know: Very few passing gurus take the kind of deep dive into the position like Barton, the former Oregon prep star who played at the University Colorado and University of Washington. And not only has he expanded the main-event field (It was 25 back in 2015; 65 will be in Yakima out of 150 who tried to qualify), he has broken it up into three divisions among senior-to-be quarterbacks (2022), underclassmen (2023, 2024) and (“Next 9”) ninth graders (2025). But now, no quarterback gets to the final stage without first being evaluated at any of the six regional qualifying sites, which were held in Seattle, Portland, Spokane, Eugene (OR) and Boise (ID) in May and June. Only returning winner from last September’s NW9 is Lincoln of Tacoma’s Gabarri Johnson, who will be entering his junior season.