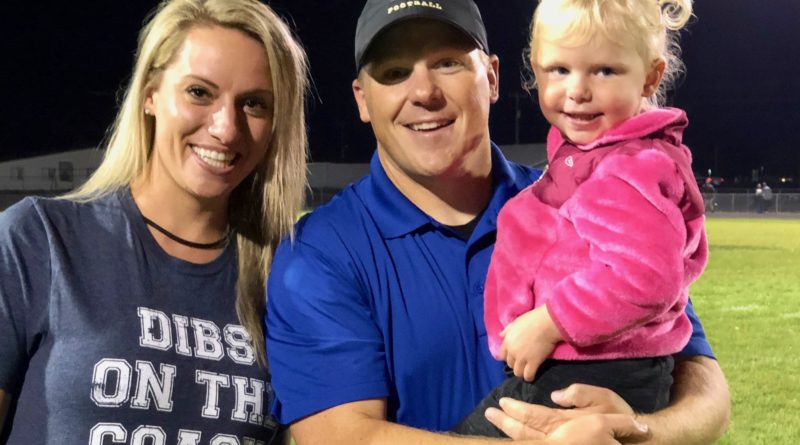 Most high school football coaches in Washington jump at the opportunity to spend more time with their players – even on the first day of summer workouts.

Keith Stamps might be flying a magic carpet to his first activity Monday at Mead High School.

After 17 seasons leading the Deer Park program, Stamps, 40, returns to his alma mater as the Panthers’ new coach, replacing Benji Sonnichsen, who was not retained after finishing up his sixth season in April.

Stamps played fullback and linebacker at Mead before initially taking a walk-on spot at the University of Idaho – and working his way into a scholarship as a placekicker.

He was briefly an assistant coach at Central Valley and Gonzaga Prep before accepting the head Deer Park job in 2004 – at age 23.

“I definitely fell in love with that community,” Stamps said.

It was also a rebuilding project – one that Stamps completed with two Class 1A semifinals runs in 2016 and 2019. He won 95 games during his tenure with the Stags.

“At the end of the day, he wants to rely on the run game – and be physical,” said Colville football coach Greg Mace, who coached against Stamps’ Deer Park squads for years.

As attached as Stamps was to the Deer Park community, he continued to live in Greater Spokane League territory – and drove 15 miles north from Spokane every day to the small school.

In fact, Stamps and his family live so close to new Union Stadium where Mead and Mount Spokane started playing games this spring, he can “hear the noise there from my backyard.”

“I drive by it every day – and have since they built it,” Stamps said.

It will be interesting to see how Stamps blends his power-running Pistol look into a program known for throwing it all over the lot under Sonnichsen (with last season being the exception). What should help is that three varsity offensive assistants will stay on board after the coaching switch.

“The offense here will be a marriage of the two (philosophies),” Stamps said. “We have to play a football game in 75 days, so we are looking at areas where we did similar things.”