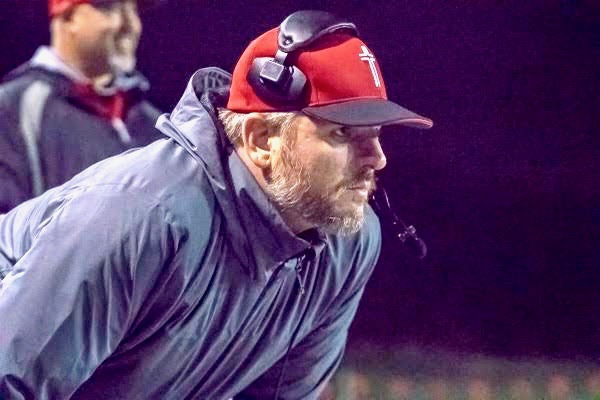 Terry Ennis was a man of grace. So when his state powerhouse Cascade of Everett Bruins saw their 50-game Wesco football winning streak end at the hands of Kamiak in 1996, the hall-of-fame coach sought out one of the game’s opposing standouts.

Two-way bruiser Josh Jansen made his way through the post-game line when Ennis stopped him to say just a few words.

And now, it’s Jansen’s turn to lead an Archbishop Murphy program that Ennis started from scratch, and led to a pair of state titles.

Jansen, 42, replaces Mark Leone (moving back to Florida with his family) at the helm after serving as the Wildcats’ defensive coordinator since 2015.

“I’ve been pretty blessed,” Jansen said. “I’ve always had a passion to give back to the game.”

A 1997 graduate at Kamiak, Jansen was a two-way, all-3A Wesco first-teamer at linebacker and running back in the Knights’ modified Wing-T attack.

He initially had given Boise State a verbal commitment to play football there, but when late Broncos’ coach Pokey Allen died late in 1996 because of cancer, his scholarship offer went away.

So, Jansen took a preferred walk-on spot at the University of Washington as a linebacker for one season before transferring to Occidental, an NCAA Division III program in California.

“I found a school where I could leverage football to get into … that I normally would not,” Jansen said. “Oxy was down, but it was an opportunity to participate in rebuilding a program.”

After leading Occidental to a SCIAC title in 2001, Jansen was in a Canadian Football League training camp with Montreal before returning to the area.

“I decided to use my brain,” Jansen said.

In 2014, Jensen hired him to be the linebackers’ coach at Archbishop Murphy, then was elevated to defensive coordinator a year later.

When Leone came on board as the new coach in 2018, Jansen remained on staff. In the past two seasons, he coached all-state defensive end Josh McCarron, who has signed with Virginia.

The Wildcats return 20 seniors in the fall, blended with a group of talented juniors.

“We can make a lot of noise at the 2A level if we are focused, working hard and doing our jobs,” Jansen said.