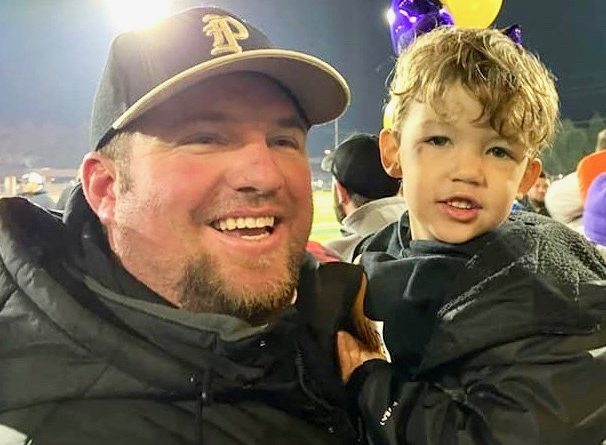 Whoever would listen, and as far back as his high-school playing days, Brian Grout told those around him that he someday wanted to be the football coach at Puyallup High School.

Grout, 36, a Vikings’ assistant coach the past four seasons, including the last three years as the offensive coordinator, was announced Tuesday as the new head honcho at Puyallup, replacing Gary Jeffers, who retired after 11 seasons (66-42 record).

Under Grout, the Vikings’ offense averaged 422.1 yards and 39.0 points per game in the past three seasons.

“He’s grown up in the Puyallup system,” Jeffers said. “He played there. He coached there. He’s known from an early age what the expectations are for that job.”

Grout is believed to be the first Vikings’ alum to take over this head-coaching position.

“To be honest, this was a lifelong goal of mind,” said Grout, who was an offensive lineman on the team, and graduated from Puyallup in 2003. “When I was a teenager, I made the personal commitment to be the head coach at Puyallup.

“I feel confident about my experience and my relationship with the community and the kids.”

And that was a message he portrayed in his interview with the hiring committee.

“I told them, ‘I know you will get really good football coaches interested in this job, but I don’t think any of the candidates have set up their lives and professional careers, including the relationships within this community, quite like I have,'” Grout said. “My vision for football goes further than the wins and losses.”

After graduating from Central Washington University, he took a volunteer position at Puyallup for one season helping to coach the offensive linemen, which included NFL first-round draft pick Joshua Garnett.

He came back to Puyallup in 2017 as the offensive line coach, then was promoted to chief playcaller – and largely credited for adding a run (RPO) element to the Vikings’ pass-heavy spread offense.

When he got news he was hired last week, Grout called his wife, then parents and good friend Adam Schakel, the coach at Emerald Ridge.