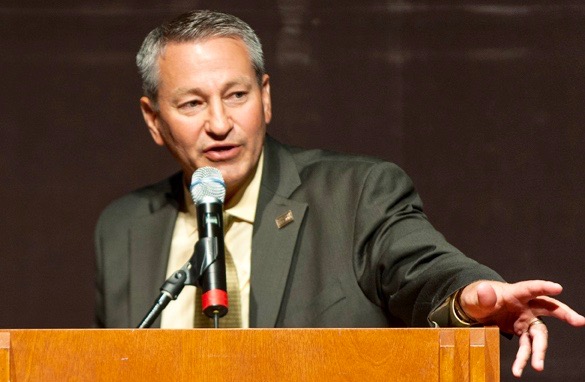 In his two years of down time, Joe Callero opened a point-guard academy, began remodeling the new family house in Orting and shaved six strokes off his golf handicap – to a 12.

But it was time to get back into coaching.

Callero, 58, was announced Monday as the new boys basketball coach at Rogers High School in Puyallup, replacing Rico Ancheta. It will be the first time the Enumclaw product has been on a high school bench since he was the boys coach at Sumner High School (1992-95).

“I love the game,” Callero said in a phone interview Monday. “And I cannot play golf seven days a week.”

Callero’s career highlight was leading Cal Poly to its first and only NCAA Division I tournament appearance in 2014, defeating Texas Southern in a play-in game before losing to top-seeded Wichita State in the next round.

He was let go by the Mustangs after a 6-21 finish in 2019, and moved back to his native state where he operated the Joe Callero Basketball and Elite Point Guard Training academy, consistently working with 10-12 high school guards in the South Sound.

“I had not worked with high school kids for 25 years … but I think COVID makes you realize the joy in simply teaching the game.”

When Ancheta announced this would be his final season before taking over the Rams’ girls coaching position, Callero saw the job as a good move back into coaching, especially since he lives 15 minutes from campus.

Last week, he was offered the job while the Rams were finishing the regular season. And on Saturday, he said he woke up at 6:30 a.m. to watch one of the team’s recent games on Hudl against Puyallup to get a feel for his returning personnel.

“My wife (Erika) came downstairs and said, ‘Oh my God, you are obsessed already!'” Callero said.

The common thread in Callero-coached teams: They are high energy and played outstanding pressure defense.

“I would say this is the most excited I’ve been taking over a team, with a little caveat – it’s not just basketball, this is life and people,” Callero said. “It’s time to go help kids.”