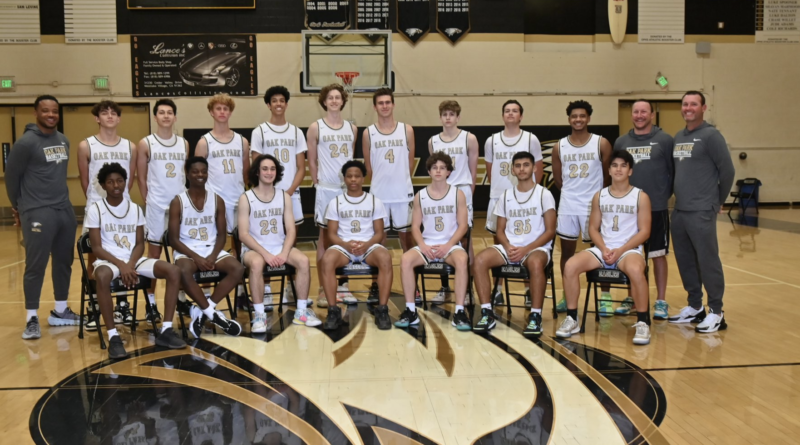 The spring 2021 high school boys basketball regular season ended last week in the Southern Section, so this week’s rankings will be our last list until after Southern Section championships and regional playoffs take place. Sierra Canyon finishes the regular season as the wire to wire No. 1 team in the Section.

Amari Bailey scored 26 points to lead Sierra Canyon to an 88-76 win over No. 9 Heritage Christian on Saturday.

Centennial has won 17 games in a row including an overtime win over No. 5 Ribet Academy. They’re the top seed in Pool B in the Southern Section Open Division.

Mater Dei will be without star senior Wilhelm Breidenbach for the remainder of the season due to a knee injury. The Monarchs lost their first game of the season without Breidenbach 69-56 to No. 4 St. John Bosco last week.

Beware of St. John Bosco’s three-headed monster of Scotty Washington, Jeremiah Nyarko and Lamaj Lewis (LMU commit) in Pool A of the Southern Section Open Division playoffs. The Braves have won seven games in a row.

Ribet Academy lost to No. 2 Corona Centennial 79-75 in overtime two weeks ago but bounced back with a 71-69 win over No. 9 Heritage Christian last week. The Fighting Frogs are in the Southern Section Open Division playoffs.

Harvard-Westlake won the Mission League and made the Southern Section Open Division playoffs.

Etiwanda lost to No. 6 Harvard-Westlake 71-62 two weeks ago. The Eagles are in Pool A of the Southern Section Open Division.

Damien has only lost two games this season and they both came against No. 7 Etiwanda, once by four points and a second time by three points. The Spartans are in Pool B of the Southern Section Open Division.

Heritage Christian showed they are one of the top teams in the state in their close defeats to Ribet Academy and Sierra Canyon in the past two weeks. They’re the No. 1 seed in the Southern Section Division 1 playoffs.

A balanced scoring attack from Colony led to a 72-69 win over No. 11 Chaminade earlier this month, which was the Titans best win of the year. They’re the No. 1 seed in the Division 2AA playoffs in the Southern Section.

Chaminade picked up a huge win over No. 6 Harvard-Westlake two weeks ago but then lost to 5-11 Notre Dame.

The Wildcats are the clear top team in the Foothill League. Corey Cofield scored 29 points in a win over Saugus two weeks ago.

Koat Keat has led Crean Lutheran to the No. 1 seed in Division 2A.

Fairmont Prep has won nine games in a row which includes a 68-53 victory over No. 16 Orange Lutheran.

Santa Margarita has cooled off a bit since starting 8-0, but they’re still one of the top teams in the 2AA playoffs.

Dominguez finished the season in first place in the San Gabriel Valley League.

Fountain Valley has won six games in a row after losing 67-66 to No. 16 Orange Lutheran on May 1.

Capo Valley and San Clemente both finished 7-1 in the South Coast League to finish tied for first.

Compton and Long Beach Poly finished tied atop the Moore League with 11-1 records, but Compton beat Poly in their most recent league meeting, 65-57 on May 5th.

Crossroads fought back to beat Culver City 76-74 two weeks ago. Their only loss is to No. 1 Sierra Canyon.

Oak Park has won ten games in a row to debut this week.

Roosevelt dropped two games to Corona Centennial and Hillcrest last week which drops them to No. 23.

Benny Gealer and Kenny Manzi are a strong duo.