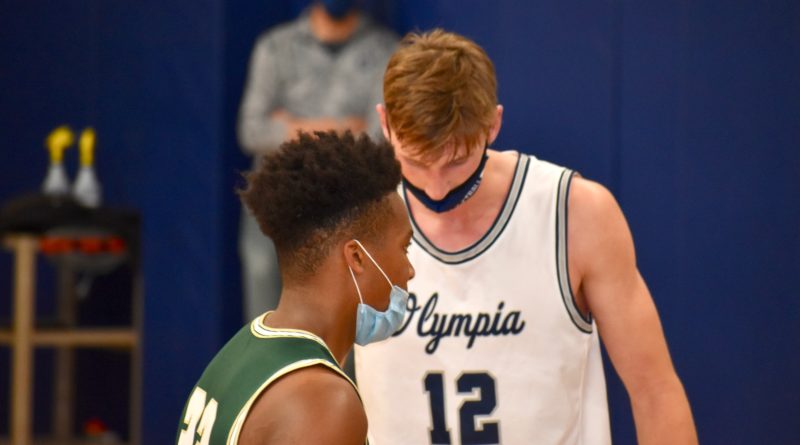 Grant, a 6-foot-10 forward who will play next season at the University of Washington, tallied a season-high 32 points as the Bears pulled away from Timberline for a 99-60 victory Monday night.

And Grant was aggressive from the start, attacking Timberline’s defense from all spots on the floor – on short turnaround bank shots, off the dribble to the bucket, on fadeaway jumpers – and yes, even a few dunks. He scored 10 points in the first 4:03 of the game.

Timberline recovered from an early 16-point deficit to cut it to 34-33 with 2:50 remaining in the first half. But the Bears closed by scoring the final 10 points of the half., capped by Grant’s bucket with 30 seconds to go.

And when the Bears made their big move to bury the Blazers in the third quarter, Grant was in the middle of it again, scoring 11 points in the first 6:29.

“Jackson did a great job establishing himself in the post,” Timberline boys coach Allen Thomas said. “He was aggressive.

“That is exactly what a McDonalds All-American is supposed to look like.”

Here are three takeaways from the Olympia-Timberline game.

There was times last season that Grant was a stagnant target in the post who would go long stretches without ever seeing a pass.

“Part of that last year is we had some guys like Kai (Johnson) and Ethan (Gahm) who were really good scorers on their own, so they took the ball a lot,” Grant said. “This year with them gone, I’ve had to pick up that slack. And I’ve gotten better in getting in the right position to be available to my team to get the ball.”

Longtime Olympia coach John Kiley said a big reason behind Grant’s newfound aggressiveness is the 25 additional pounds of muscle he put on during the offseason.

“He has changed his body, so we can isolate him and he does not get displaced,” Kiley said.

BEARS HAVE A DIFFERENT GEAR IN 2021 – ON BOTH ENDS

Grant got the Bears’ offense revved up early, and guards Parker Gerrits (17 points) and Alfredo Ramirez-Cortes (15 points) contributed in big spots as well.

But Timberline’s pressure, particularly in the second quarter, netted easy transition buckets in erasing much of a large deficit. Tyler No’s basket cut it to 34-33.

Gerrits answered with six points during the half-ending 10-0 run, and Ramirez-Cortes had a backcourt steal and layup that halted the Blazers’ comeback bid.

TIMBERLINE HAS THREE GUARDS WHO CAN GO OFF AT ANY TIME

Sophomore Brooklyn Hicks is the Blazers’ big-gun name – and player who most nights will lead the team in scoring.

It just so happened Monday was not one of those games. He struggled to find the range on his shot, and finished with 13 points.

But Timberline had two guards who were tough-customer scorers during extended stretches – No (team-high 19 points), a junior transfer from River Ridge, and Miles Gurske (17 points), a sophomore who came over from Black Hills.

“Tyler does a good job getting to mid range, but is also a great 3-point shooter,” Thomas said.

“He is always just ready to play.

“And Miles is a guy who gets downhill, can drive and kick … and he has a nice floater. He is just smooth.”