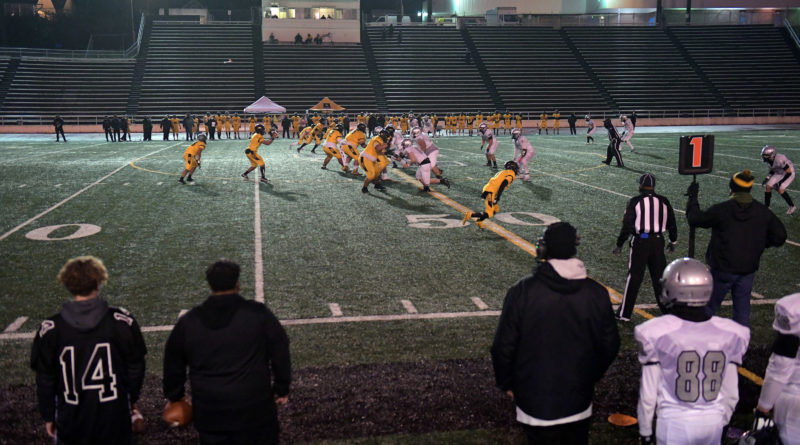 Every high school football coach in America faced a challenge never experienced before – completing a season during a pandemic.

Many teams rose above the circumstances and produced fantastic seasons, setting a promising course moving forward toward a more normal season (hopefully) in the fall.

Given recent past history, and the team’s preseason expectations, here is a list of five coaches who Scorebook Live thinks have done the best job guiding their respective programs in spring of 2021.

Skinny: No team took a bigger step this spring than the Sentinels, who came out of the shadows to decisively handle perennial 3A PCL contenders Lincoln and Lakes to win their first league title in 20 years. They also posted their first winning season since 2009. Robak, the second-year coach who abruptly took over the reins from his father, John, said it’s easy to point to the reason for the turnaround: Efficiency. “In the past, we’ve beaten ourselves. We put in a ton of time on the fundamentals and film study, and the game seemed to come quicker to the kids this year,” Robak said. It showed right from the get-go as Spanaway Lake (commonly referred to on campus as “SWAY”) won at then-No. 3 Lincoln, 34-7, to kick off the season. That was the lone touchdown the team gave up leading up to the road game at No. 5 Lakes – a 35-7 win. With young talent in the pipeline, more big wins are surely on the horizon.

Quotable: “I’ve had my guys (as assistant coaches), and we all had a vision since Day 1. I did not want anybody else to ruin that.” – Robak said

Skinny: When it comes to building a brotherhood, few have a better understanding how to construct that successfully than Maul, a Bellarmine Prep and Central Washington University product. Much of that blueprint was learned when he returned to his alma mater to become the defensive coordinator (1998-2009) under former Bellarmine Prep coach Mike Baldassin. “It is sort of a hybrid between Don James (former UW coach) and Frosty Westering (former PLU coach),” Maul said. And much like it was at Bishop Blanchet, the first-class fruits of Maul’s labor at Seattle Prep are being seen in this fifth season with back-to-back wins over defending 3A champion Eastside Catholic and O’Dea to nab the Metro’s top seed to the league playoffs. Maul points to culture, character and leadership as cornerstone traits. Underrated talent helps, too.

Quotable: “We feel like our football program is aligned with the mission of Seattle Prep as an institution.” – Maul.

Skinny: Smith was doing just fine as a track and field coach at Selah, then Toppenish when the football job came open in 2008. But he took it on. And after threatening in the 2A CWAC the past few seasons, the Wildcats have found immediate traction in the 1A ranks. With 26 seniors, and plenty of talent in the two trailing class, they edged down-the-street rival Zillah in Week 2 (20-13) – then edged perennial state contender Connell on the road on the final weekend in double overtime (27-20) to cap off an unbeaten season. “This was a perfect storm for us,” Smith said. “We put a lot on the seniors.” This could be the start of something special at a school that already boasts longstanding success in wrestling, soccer – and is starting to emerge in basketball. Much of Toppenish’s offensive nucleus returns in the fall.

Quotable: “It really is a good environment here (for football). We’ve not always been perfect, but this is a good time for us. And the community has bought in.” – Smith

Projected finish in 2A SPSL (as a 1A school): Fourth place.

Skinny: For much of the 1980s and 1990s, there were few small-school programs as successful as this blue-wave machine. And now some of those second-generation names (Jumper, Lucht, and throw in a different East Pierce County product in Kralik) are leading a new charge up the Class 1A ranks. Gavin Kralik made it an immediate priority to establish a higher-level strength and conditioning program, and it is now paying off. “It’s a really good fit … because this is a blue-collar, hard-working community,” Kralik said. And the addition of former Kentwood coach Rex Norris (and his rugby-style tackling) last offseason has gone a long way in improving that side of the ball. This season, Eatonville beat a string of 2A schools – and barely lost to 3A Yelm in the closing seconds. With a roster full of 20 seniors in the fall, and a talented 2023 class in the wings, Eatonville is back to being a state contender.

Quotable: “We are going to be one of a handful of teams that has a shot over the next few years to play for a state championship. Obviously we want to sustain it, too.” – Kralik.

Skinny: As one of Riverside’s all-time great players, and former All-American linebacker at Central Washington University, Wood knew when he returned to coach his alma mater in 2015, the culture of the program needed to be revamped, especially if the Rams were going to someday again compete with the likes of Colville, Deer Park, Freeman and Lakeside of Nine Mile Falls. “A lot of good football programs, it is character first,” Wood said. “It is, ‘What are you doing when nobody is looking?'” Five years later, the Rams are running the football, playing arguably the most physical brand of ball in the league – and are the league’s lone undefeated squad.

Quotable: “A good coach of mine once told me, ‘Each season rises or dies with the seniors.'” – Wood