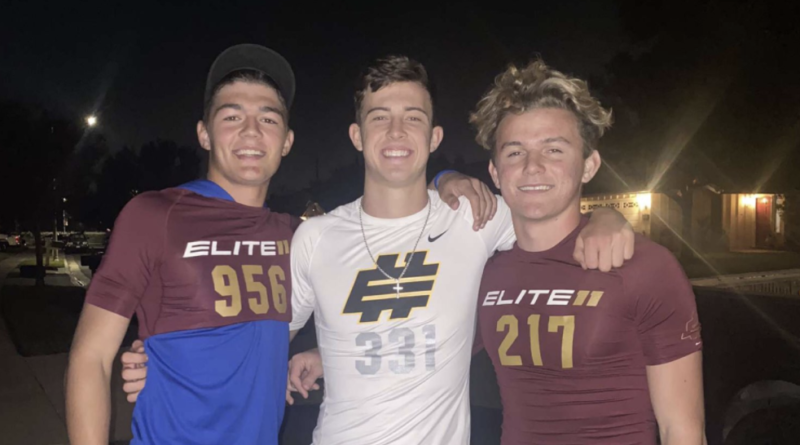 Mater Dei took down Servite 24-17 on Saturday in a game that came down to the final play.

Servite fell to No. 1 St. John Bosco 38-28 two weeks ago and this past week the Friars lost to Mater Dei 24-17. Friars junior QB Noah Fifita committed to Arizona on Sunday.

After falling to No. 1 St. John Bosco 42-21 in their opener, Sierra Canyon hasn’t allowed a point in three straight games winning all three by at least 40 points.

Alemany took down Cathedral 21-7 to move to 3-0 in Mission League play.

Sophomore QB Malachi Nelson set the Los Alamitos passing touchdown record with seven in the first half of the Griffins 63-14 win over Huntington Beach.

Loyola has beaten St. Bernard and St. Francis so far in 2021.

Poly won a hard fought overtime showdown against No. 18 Gardena Serra to open the season thanks to a balanced rushing attack and good defense. They’ll now roll in the Moore League and that’s what happened last week in their 38-0 win over Compton.

Inglewood went 12-1 a year ago and the Sentinels have gotten better in the offseason, adding 2022 Cal QB commit Justyn Martin and 2022 Washington State linebacker commit Taariq Al-Uqdah. They began their season with wins over Leuzinger and Irvine.

Murrieta Valley has put up 48, 53 and 65 points in their three wins this season. In last week’s 63-35 victory over Murrieta Mesa, DJ Watts rushed for four TDs.

Damien has been one of the surprise teams of the spring thanks to wins over St. Francis, Aquinas and Paraclete. Donovan Smith threw three TD passes in Damien’s 21-10 win over Paraclete last week.

Chaminade is back in the Top 25 thanks to two straight wins over Notre Dame and Bishop Amat. Quarterback Jaylen Henderson choosing to play this spring after initially opting out has made a big difference.