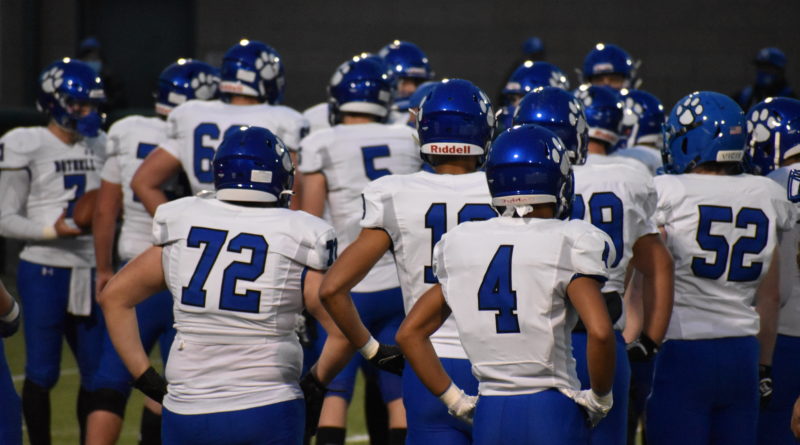 BOTHELL – There’s nothing like an old-fashioned grinder game between intra-district rivals to finish out the 4A KingCo season.

With neither offense lighting the world on fire, fourth-ranked Bothell’s defense picked up the slack, particularly in the second half of the Cougars’ 19-14 victory Friday night over Woodinville at Pop Keeney Stadium.

The Cougars’ defense scored nine points in the fourth quarter, including Gunnar Genoway’s 72-yard interception return for a touchdown that broke a 7-7 tie with 9:59 remaining.

Seven-and-a-half minutes later, Bothell’s defensive line crashed through to sack Woodinville quarterback Michael Deuster in the end zone for a safety, extending the lead to 16-7.

Here are video highlights from the Bothell-Woodinville game: