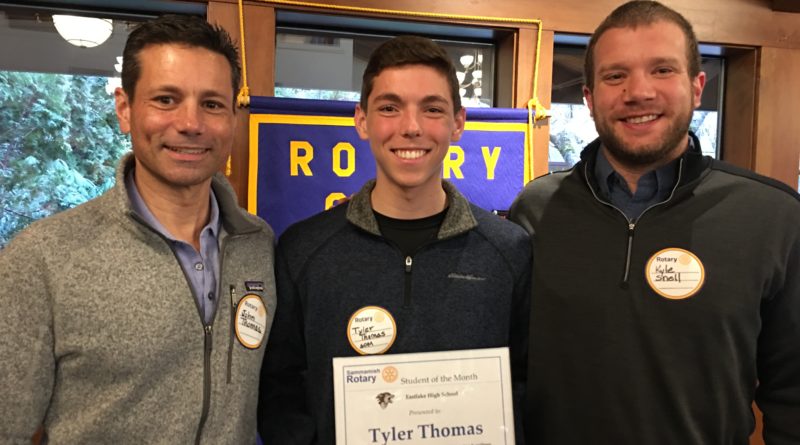 One was at his alma mater – Skyline High School.

The other is at the program where he’s been the offensive coordinator at the past eight seasons – Eastlake High School.

Snell, 37, had a change of heart when coach Don Bartel announced he was stepping down to jump to another full-time profession – and was hired Thursday to be the Wolves’ new man in charge, effective at the end of this shortened spring season.

Why did Snell reconsider his position? One, the COVID-19 pandemic’s impact on a few of the class of students he teaches health and fitness to.

“I’ve kept thinking about the kids who had not been in the building again,” Snell said. “Was I just going to say, ‘Hey, just because this does not fit in my plans, I won’t do it?'”

Secondly, once Snell considered moving into the lead chair, eight of the current assistant coaches, including defensive coordinator and good friend Jay Tully, agreed to stay on the staff.

“The fact I don’t have to do a ton of hiring is incredible,” Snell said.

And finally, the Wolves have schematic systems in place that work. They led the 4A KingCo in total offense in 2019 at 394.6 yards per game.

“We’ll just be able to cruise on,” Snell said.

Snell said he has picked up different pieces of effective coaching from every stop he’s been at: From his former coach (and ex-Oregon State quarterback) Steve Gervais at Skyline (2001 graduate); from longtime former Whitworth College John Tully (2006 graduate); and from the two coaches he’s worked under as an assistant – Skyline’s Mat Taylor and Bartel.

“With Mat, so much of the offensive structure we use has come from my time there,” said Snell, who was the wide receivers coach with the Spartans.

“And with Donnie, he is so far advanced in the leadership culture, there is just no fair comparison.”

As far as Bartel, he will coach his final game at Eastlake this weekend when the Wolves host Redmond. He has won 54 games in his seven-plus seasons.

Last fall, Bartel was hired full-time as the director of school supports at CharacterStrong – a servant leadership-based company that prioritizes with organizations, including schools, the concept of intentional character development.

Bartel will continue to develop and teach that curriculum to the 10,000 schools CharacterStrong serves nationwide.