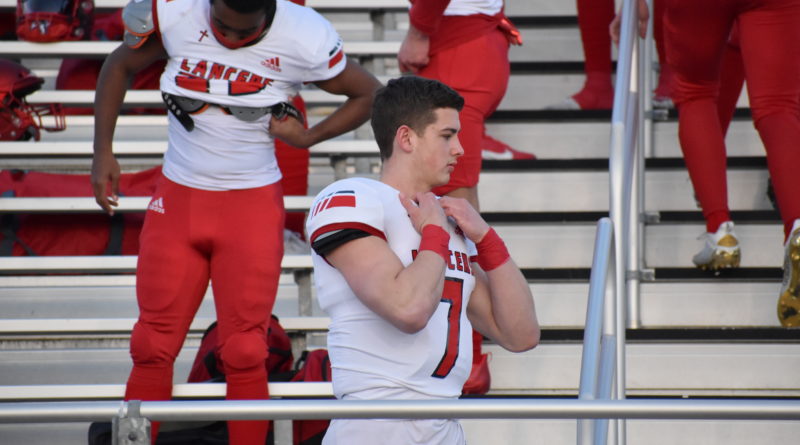 The state’s top two senior quarterbacks – Sam Huard, of Kennedy Catholic (UW signee) and Clay Millen, of Mount Si (Nevada signee) – made their season debuts Friday with big nights and team victories as the entire state (with some small-school pockets as exceptions) was playing football in Week 4.

Here is a quick recap of last week’s highlights, and a look forward to Week 5 storylines and games to follow:

THREE THINGS WORTH REVISITING FROM WEEK 4

Rusty? Not the top senior quarterbacks in Washington, who led their respective teams to victory Friday. Kennedy Catholic’s Sam Huard effortlessly completed 26 of 35 passes for 495 yards (13th game of 400 or more yards in past two-plus seasons) and seven touchdowns in a 49-14 victory over Tahoma. Mount Si’s Clay Millen was 14-for-17 for 233 yards and three TDs in a 23-13 win over Bellevue.

Even though Chiawana had won the past two 4A/3A Mid-Columbia Conference championships, the Riverhawks were the underdogs Friday against a Kamiakin squad that returned much of its core group from 2019. The result? A grinding defensive struggle – which is exactly how Chiawana likes it. Michael Kot kicked the game-winning 27-yard field goal with less than three minutes for the Riverhawks for a 15-14 win.

A playmaking quarterback star is born in 2024 class?

At the beginning of the season, ninth grader Jake Schakel was the backup quarterback at Emerald Ridge High School behind junior Sylas Christie. But after the Jaguars lost to Sumner, Schakel seized the job – then turned in a memorable performance in his first start Friday against Bellarmine Prep, tossing a 9-yard touchdown pass to Justin Stransky in the back of the end zone on the final play of a 27-21 victory.

5 close games you shouldn’t have missed

Day might be odd, but getting closer to normal football

Ross Filkins admits that his 3A Peninsula Seahawks being in the hunt for a 4A SPSL title is a bit strange – and considers the game Thursday at No. 3 Graham-Kapowsin like “playing for the 3A state championship.” But because the state will be in Phase 3 by then, Peninsula is allowed to have fans at Art Crate Stadium. “That will be fun. It will feel a lot more like how high school football should be,” Filkins said.

The slate of marquee small-school matchups is mouth-watering – No. 1 Onalaska vs. No. 2 Napavine in 2B; No. 2 Mount Baker at No. 3 Lynden Christian in 1A; and No. 2 Steilacoom at No. 1 Tumwater in 2A. Better yet, they are rival rematch games. “It’s always nice to have that second opportunity,” Napavine coach Josh Fay said. “Maybe it affirms the one team is really, really good – or reveals the team that lost the first time is not too bad.”

Biggest surprise unbeaten? It is a team that has allowed no points

Manase Hopoi is an ex-Washington Huskies defensive lineman. So the fact his Cedar Park Christian team is 3-0 with shutout victories over Orting, Granite Falls and Sultan (143-0 total in points) is music to his ears. “I take a lot of pride is studying our opponents, and our guys executing the defensive calls,” said Hopoi, who added a few cross country runners, and basketball and baseball players to the roster this shortened season.

Skinny: Interesting scenario in a crazy year – one-time visiting Seahawks (3A SSC) would be front-runner for 4A SPSL title with upset.

Skinny: A few weeks ago, these teams held a controlled (smack-talk) scrimmage. This week, the Class 2A title game rematch is certainly for real.

Skinny: Whatcom County’s matchup of the year, both squads have physical offensive lines, dual-threat quarterbacks – and coming off Tuesday games.