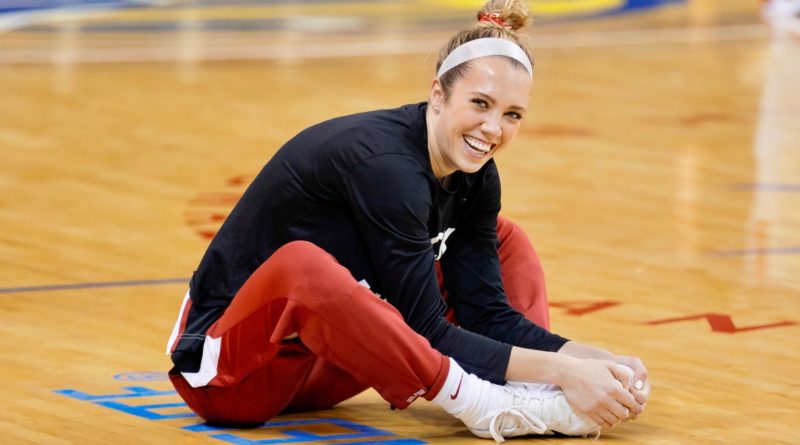 After two years the NCAA Tournament is back. And on Monday, the women’s basketball field was set – with first-round games set for Sunday and Monday in San Antonio.

Here is every player and coach from the field of 64 with Washington high school basketball ties:

Just like her twin sister, Lexie – she really gets after it defensively, and is one of the team’s sparks off the bench. Only scored twice in double figures this season, including Pac-12 title game (10 points).

Two-time all-Pac 12 performer was team’s third-leading scorer (11.5 points per game) – and is still first freshman in school history to record a double-double in her college debut (2018-19).

The fifth-year senior, and sister of Seahawks quarterback Russell Wilson, was the conference’s co-defensive player of the year, usually assigned to guard opposing op perimeter scorers.

Reigning Gatorade state player of the year did not disappoint in first year in ACC, starting every game as a true freshman. Averaged 11.2 points, 5.5 rebounds and 2.2 assists in 29.9 minutes per game

Former 3A state player of the year for the Panthers is among career UC Santa Barbara leaders in scoring (1,565 points) and assists (647). Has mentored some of the best guards in Gonzaga history.

Coming off two season-ending injuries (foot, shoulder), she has not played in a game this season.

What more can she do? The WCC player of the year (13.4 ppg, 5.1 rpg, 2.6 apg) lived for the big moments, including knocking down the game-winning buzzer-beater in WCC tournament finals against BYU.

Younger sister of ex-Yellow Jackets and WNBA player Alex Montgomery opted out of this season due to COVID-19 concerns. She’s played in both previous seasons off the bench (18 points total).

The former three-sport Eagles’ standout, and all-time leading 3-point shooter at WWU has followed longtime coach Kelly Graves – first at Gonzaga (11 seasons), and now the past seven seasons with the Ducks.

The former Northwest Conference MVP point guard is one of the best recruiters in the country, and is the Ducks’ defensive strategist who also works with guards. Also worked at Oregon State, Saint Mary’s and Pepperdine.

Two-time Metro League MVP has been a Ducks’ reserve player (2.3 ppg, 2.0 rpg in 115 games), and notched both of her her first career double-doubles this season as a fifth-year senior – and graduate student.

The MVP of last season’s Class 3A tournament has seen action in six games as a true freshman, notching a season-high seven minutes at Oakland in November (two assists, one rebound).

She was a two-year starter before suffering a serious leg injury, missing much of last season. She returned to a full-time role in 2020-21, averaging 6.1 points and 4.4 rebounds in 27.5 minutes of action.

The former Eagles’ player has coached up and down the West Coast – as the coach of NAIA program Montana Tech, then eight seasons as a lead recruiter at Washington State, and now the past five seasons with the Beavers.

Opting to graduate from high school early, the five-star guard joined the team at the start of the semester – and has sparked the turnaround with her play off the bench (12.5 ppg), scoring a career-high 20 points against Cal.

As a reserve, the former all-Metro League guard has seen action in 22 games (2.0 ppg, 1.1 rpg) for the Cougars, who are making their first NCAA Tournament trip in three decades.

The former Greyounds’ standout played four seasons at Whitworth before joining June Daugherty’s staff at Washington (2003-04), then following her to WSU where she has been the past 13 seasons.

Before exploding as a senior at DME Sports Academy in Florida, she played in Vancouver for the Plainsmen. As a UCF sophomore, she has started eight games, playing a career-high 32 minutes against Cincinnati (five points, four steals).

The former 3A Wesco player of the year (2017), Beckman has played in 15 games for the Cougars as a redshirt freshman, averaging 0.8 points in 3.8 minutes per game.

You could make the case she was the WCC’s best player in 2019-20, averaging 15.2 ppg and was named the conference tournament MVP. She has started all 23 games, averaging 12.2 points per game as a senior.

A former all-state post player for the Bulldogs, she redshirted this season.

Known as a defensive stopper, she started nearly half the team’s games (12) – and led the Bengals in blocked shots (34). She also poured in a season-high 14 points at Weber State in late December.

A part-time starter as a true freshman in 2019-20, Whitman primarily came off the bench in her second season – averaging 3.0 points and 2.3 rebounds in 13.6 minutes per game.