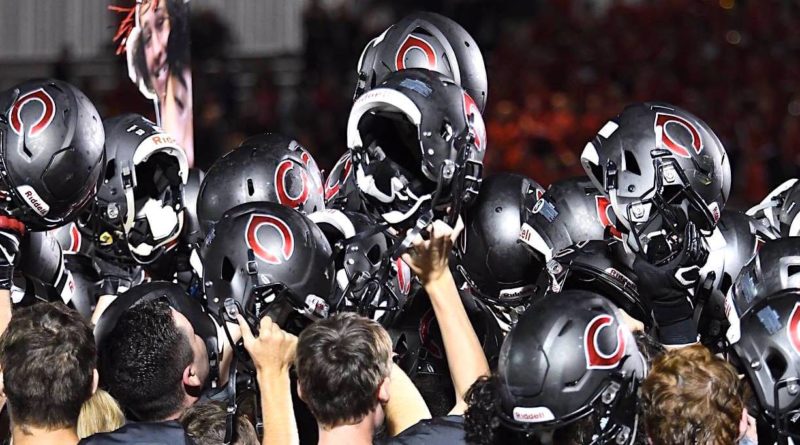 It is the last week of February, and a few more leagues around the state will make their 2020-21 WIAA football season debut this week.

Here is a quick recap of last week’s highlights, followed by upcoming storylines and games to monitor in Week 2:

THREE THINGS WORTH REVISITING FROM WEEK 1

Welcome back to Prosser football, Haden Hicks
Haden Hicks’ junior year as the quarterback ended prematurely with a broken collarbone. He returned Friday in Prosser’s 45-7 win over Selah, catching a 58-yard touchdown strike from Kaiden Rivera in the second quarter to spark the runaway.

Muckleshoot Tribal star returns after long hiatus
In 2018, Josiah Vaomu tried playing football with a serious knee injury – and missed more than two years recovering. He returned as the Muckleshoot Tribal quarterback Saturday and threw a touchdown pass in a loss to Tacoma Baptist.

Clark County championship this early?
The past two Class 4A state champions – Union (2018) and Camas (2019) – go at it as the 4A GSHL kicks off its season. What tricks do these veteran coaches have up their sleeves in gaining an advantage in what should be a close game?

Last-minute non-league blockbuster set
With Rogers of Puyallup short on players and bowing out, No. 6 (4A) Puyallup has found a new opponent for its 2020-21 home opener – fourth-ranked 3A program Lakes, its former SPSL rival. Expect the quarterbacks to go big.

Skinny: The 2018 and 2019 4A state champions open the season with a crosstown rivalry game typically reserved for the last game of the regular season. It rarely fails to live up to the hype.

Skinny: One of the best-attended rivalry game in the state won’t have the same atmosphere, but these two programs know each other well – and have put on a few fantastic finishes.

Skinny: Fresh off a scrimmage with 2A champion Tumwater, the Sentinels feel better about their improved run defense. And the physical rushing attack of the Hornets will test that immediately.