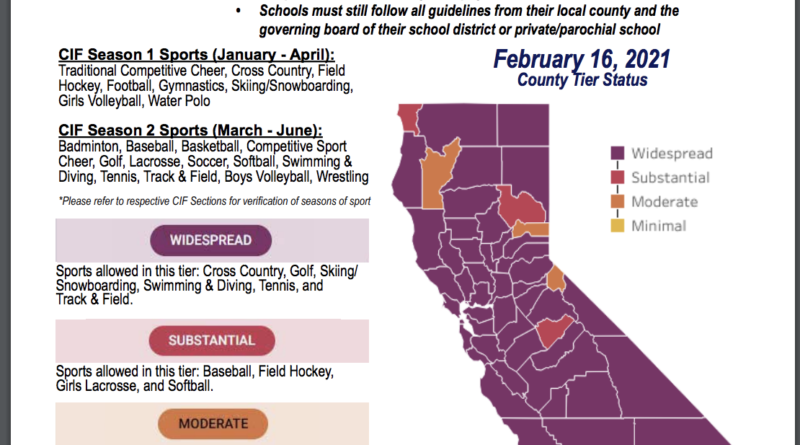 The only change this week (Tuesday, Feb. 16) is that Plumas County moved from the purple tier into the red tier. Almost every county in the state is still in the widespread “purple” tier: