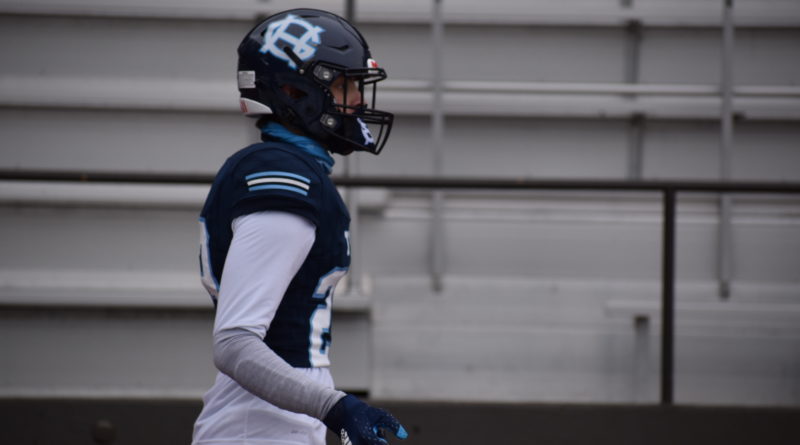 After being off the football field for more than 15 months – a span of nearly 450 days – one thing brought Gig Harbor High School’s Jake Jennings back immediately.

“I was not expecting that,” he said.

The first day any WIAA football games could be held was Friday – in chilly pandemic-era February – and the Tides hosted Curtis High School in a controlled-scrimmage 4A SPSL jamboree at Roy Anderson Field in Purdy.

There were no fans (although some family members watched from outside the chain-link fence). There was no score (wink, wink … the Tides did score three touchdowns). And there were lots and lots of COVID-19 safety protocols to follow (and EVERY coach and player wore their face coverings at all times).

“That’s what we have to do,” Gig Harbor football coach George Fairhart said. “We’ve been flexible – we adapt, we adjust.”

There was also something else besides a football game that made these teenager forget about the long and drab pandemic days – snowfall.

“Playing in the snow was awesome,” first-year Curtis quarterback Rocco Koch said. And it came just in time for the first time he suited up for varsity actiion.

Added Jennings, the reigning 3A state boys javelin champion: “We’ve always imagined playing in the snow, pretending like we are in the NFL,” Jennings said. “It felt like that a little bit.”