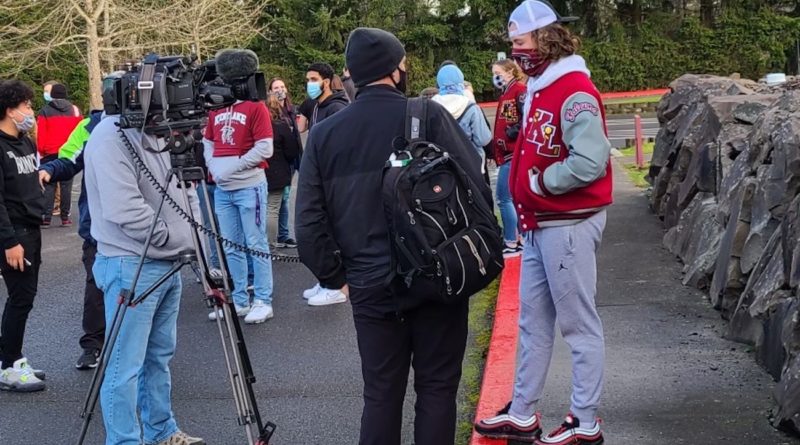 Kentlake junior quarterback Nate Beck’s return-to-play advocacy has brought him from the steps of the Kent School District with a megaphone to national television in the span of a few days.

Beck joined the national morning news show Fox & Friends before dawn Friday morning to talk about his role organizing a rally opposing his district’s decision to tie the return of high school sports to in-person learning, which has kept athletes at Kentlake, Kentridge, Kentwood and Kent-Meridian from taking part in its league’s return-to-play plans.

Beck went into further depth about the rally, the impact of the shutdown of high school sports and why his role in all of it led his coach to call him “a tremendous leader with a bright future” on the latest episode of the SBLive Washington podcast, which was released Thursday.