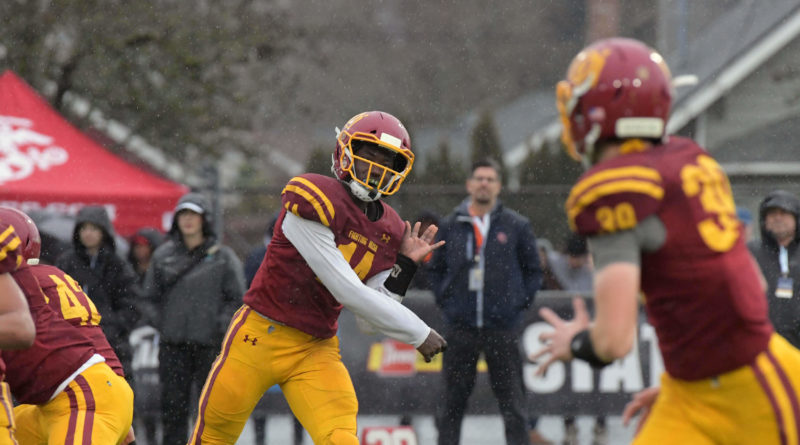 Coaches at Eastern Washington and San Jose State held firm on offering him a scholarship at a position he’s never played — outside linebacker.

But when it came time to make a decision, he instead chose to bet on himself.

Hopkins announced on Friday afternoon his verbal commitment to University of Washington as a preferred walk-on. The Huskies extended the roster spot offer, without any guaranteed scholarship, a few weeks ago. After mulling it over with O’Dea coach Monte Kohler, as well as four-star UW commit Owen Prentice, who anchors a dominant O-line at O’Dea, Hopkins decided to stay home and accept the challenge of working his way into a scholarship.

“They said I’m the type of dude to earn a scholarship,” Hopkins Jr. said. “They know I can be working, perform good to where I earn myself that scholarship offer. And that’s what I’m willing to do myself. Basically the whole year I’ve been betting on myself, especially against the pandemic. And I’m willing to do it all.”

The COVID-19-induced high school sports shutdown in Washington has postponed Hopkins’ senior season at O’Dea to March. Fighting Irish coach Monte Kohler had planned to expand Hopkins Jr.’s role to use him on defense. Without a season, Hopkins Jr. was forced to navigate his recruitment without any film on the side of the ball he projects the most favorably at.

As a junior, Hopkins Jr. passed for 628 yards with 21 total touchdowns opposite three turnovers (two picks and a fumble) as a first-year quarterback. He facilitated O’Dea’s run-heavy offense, adding 466 yards on the ground himself. And he helped the Fighting Irish nab a season-defining win over its nationally-ranked rival Eastside Catholic on the road, as well as the team’s run to the 3A state title game (which it lost to the same Eastside Catholic team).

He’s a three-star prospect, according to recruiting site 247 Sports.

Through the shutdown, he’s build a steady diet of film study geared at learning more about being an outside linebacker. He’s kept active training at O’Dea through the summer in small pods, as well as field work with other recruits in the area.

And Hopkins Jr. has spent many hours throughout the fall creating opportunities for high school athletes to compete.

He’s conceptualized, orchestrated and executed several 7-on-7 tournaments in the Seattle area — the “COVID 7s” tournaments, as they’ve come to be known — that have featured groups of players from more than 20 high schools in a given weekend.

He was also a founding member of the student advocacy group “SAW” (the Student Athletes of Washington) that held a September rally at the state capitol in Olympia lobbying officials to allow for the restart of the high school football season, and met several times with officials from the WIAA, department of health and Governor’s office.

Scholarship offers did come for Hopkins.

But he didn’t love how he would fit in at Eastern Washington and San Jose State. Plus, an early offer from Nevada was not committable, and Fresno State rescinded its offer because of money issues, Hopkins Jr. said.

In staying home and playing for UW, Hopkins Jr. is choosing familiarity.

“I felt more comfortable and I feel like it’s the best spot for me on the field and off the field,” Hopkins Jr. said. “I feel like I can earn a spot for a scholarship. I feel like I have a lot of resources to learn how to become a better player with their development program and other people already there.

“Long-term, I feel even without a scholarship, I can earn it.”