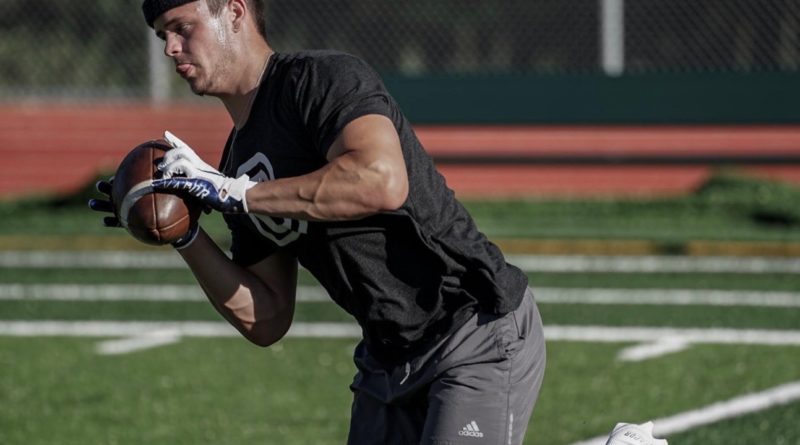 If that guy wearing the green-and-gold No. 2 jersey looks an awful lot like another standout that came out of Sehome High School a few years ago – well, don’t be alarmed.

“We’ve known each other quite some time,” said Malo, adding he first met Rapp when he was in fifth grade. “And last offseason, he came back to Sehome and I was able to train with him, and pick up a lot of techniques to play at the next level.”

That next level for Malo will be Brown University. He signed with the Bears of the Ivy League on Wednesday.

“I was not here when Taylor was at Sehome,” fourth-year Mariners coach Kevin Beason said. “From what I can gather, both are driven athletes. Both have goals in mind. They do it with a purpose.”

A good student – he holds a 3.93 grade-point average – Malo figured he could be headed to a high-academic university. So in the summer of 2019, he and his family made a trip back to the East Coast to visit Brown, Dartmouth, Harvard and Yale.

“We wanted him to peek at schools just as a regular student,” said Greg Malo, his father.

With Washington high school football at a standstill because of the COVID-19 pandemic, Malo got a break playing in the Ford Sports Performance’s “College ID Camp” in early October. And he was one of the standout defensive backs.

A month later, Malo was a Bears’ commit.

“My goal is to play at the highest level possible,” Malo said.

Even during the Steilacoom early-signing day ceremony Wednesday, five-star wide receiver Emeka Egbuka had his ears to the news coming out of J.T. Tuimoloau’s camp.

The consensus top recruit in the state from Eastside Catholic – and arguably in the nation – revealed his list of five finalists as Alabama, Ohio State, Oregon, USC and Washington.

As Egbuka pointed out, if Tuimoloau signed with the Buckeyes, it would be another key building block in winning a national championship.