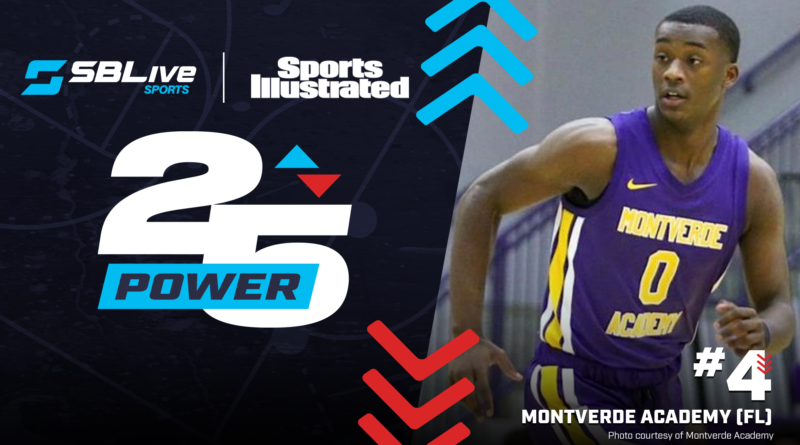 The Panthers (11-0) now hold wins over two top five teams — Sierra Canyon and Montverde. For that, they’ve moved up to the No. 2 team in the country in the latest SBLive/Sports Illustrated Power 25 national boys basketball rankings.

The National Interscholastic Basketball Conference has added several compelling Power 25 matchups at a time of year with ample showcases, prestigious tournaments and interstate showdowns. That’s true again this week as teams flock to Florida for the City of Palms Classic.

Find the complete breakdown of the latest Power 25 national boys basketball rankings below.

Picked up comfortable home wins over Tampa Catholic, Bishop Walsh and Westminster Academy ahead of the City of Palms Classic.

This big highlight was junior guard Aric Deming’s 23 points and buzzer-beating 3 that minted a 67-66 upset over Montverde on Thursday. Then, the Panthers beat Utah power American Fork behind Anthony Black’s 20 points. So far, the Texas power holds wins over Corona Centennial, Sierra Canyon and Montverde — all Power 25-ranked — in its first 11 games.

Dropped a stunning 67-66 loss to No. 4 Duncanville at the buzzer in a game where the Eagles were led by Duke-bound Dariq Whitehead’s 24 points, but were kept off balance by intense defensive pressure. Responded with a 65-49 win over Ohio State-bound Roddy Gayle and Wasatch Academy in NIBC play on Friday.

UCLA-bound Amari Bailey — the No. 2 ranked player in the newly released SI99 — is being held out to heal a nagging foot injury that kept him out to start the season, so the Trailblazers found production elsewhere. They cruised to a win over Viewpoint then beat Arizona 6A Perry 65-62 behind Ramel Lloyd’s 17 points.

After sweeping its first NIBC weekend, the Lakers took their first loss of the year to Gradey Dick, Mark Mitchell and Sunrise Christian, 60-45, in Wichita, Kan.

Opens the season Friday with a highly-anticipated matchup between a fellow New Jersey prep powerhouse: No. 15 Roselle Catholic.

The Lions continue to roll, beating Arkansas’ Jonesboro — who beat North Little Rock last week — by 31 points and grinded out a win over prep power Southern California Academy, 65-52. The road doesn’t get easier for the Missouri school. It heads to Las  Vegas for the Tarkanian Classic this week, then Oregon for the Les Schwab Invitational after Christmas.

Beat Texas 6A Coppell 56-52 at home, Kenwood (Ill.) on the road 65-59 then took its first loss of the season to Nick Smith Jr.-led Arkansas power North Little Rock by 14 points in the Battle of the Bluff.

Picked up comfortable wins over in-state opponents Ravenscroft and North Raleigh Christian Academy, with its biggest test of the early season ahead: the City of Palms Classic

The Charging Wildcats won a convincing showdown with Texas power Richardson, 82-68, behind Arkansas pledge Nick Smith Jr.’s 31 points, for its best win of the season to date.

Beat two well-regarded prep schools SoCal Academy and Hillcrest Prep back-to-back in the Battle in the Bluff. Illinois signee Jayden Epps had 29 points and Virginia Tech-bound 7-0 center Patrick Wessler had 23 points and 11 boards in the 79-69 win over Hillcrest Prep.

The NJSIAA regular season starts this week and Roselle Catholic opens with appointment viewing, taking on fellow New Jersey power Camden, No. 7 in the Power 25.

Collected blowout wins over Wekiva (Fla.) and Windermere Prep (Fla.) ahead of its toughest test yet: City of Palms Classic, which it opens facing North Little Rock.

Beat St. Charles East (Ill.) by 25 in a home nonconference matchup before beating Yorkville Christia 93-68 and escaping the Mt. Carmel-Team Rose Classic Shootout with a 51-48 win over Hillcrest (Ill.), its toughest test of the young season.

Up next: Dec. 18 vs. International Sports Academy (Ohio)

Beat Mater Lakes Academy, 77-57, for its final tune-up ahead of the City of Palms Classic.

Beat Arizona 6A power Sunnyslope 64-31 at Hoophall West on Saturday behind Jared McCain’s 19 points and a double-double from junior forward Devin Williams. The CIF powerhouse has rolled every team it has faced, outside of its five-point loss to Duncanville.

What a start for the Eagles and coach Steve Turner, who picked up his 400th career win over the weekend. They Defended their home court as the Gonzaga D.C. Classic host team, beating St. John’s Catholic Prep (90-46), Charlotte Christian (63-57) and outlasted Power 25-ranked St. Frances Academy 59-56 in the tournament finals Sunday night.

The Rams have played like the top team in Georgia to start the season, winning eight of its first nine games by double digits, most recently sweeping its way through the Newton Legends Classic.