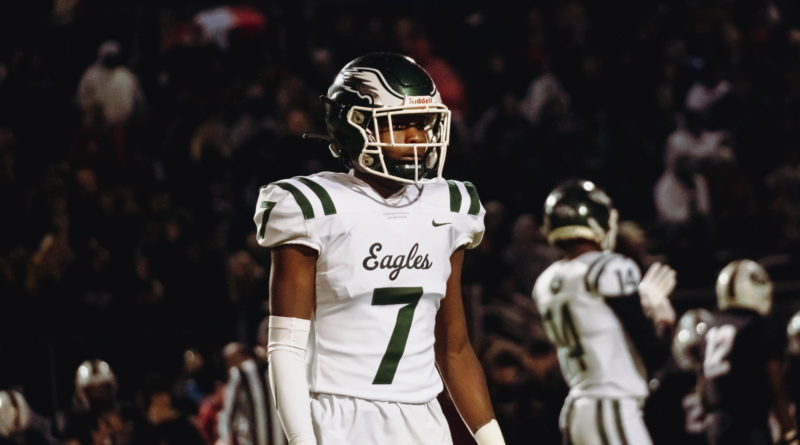 Editor’s note: Our final Power 25 national high school football rankings will come out on Dec. 20 after every state has finished up their postseasons.

TOP 15 NATIONAL GAMES OF THE WEEK

This game will be played Wednesday, December 1st, but don’t let the midweek scheduling fool you — this is a massive showdown. Thompson has been in our Power 25 national high school football rankings since August. Central would enter for the first time if they win.

Collins Hill is the favorite to win the state championship in Georgia’s upper division, but Grayson has a lot of experience in big games. Read more about this matchup here.

Milton can play its way into the Power 25 with a state championship win. Beating Walton and then the Grayson vs. Collins Hill winner would certainly be enough of a resume boost.

Clay-Chalkville needs to go undefeated and win a state title to earn Power 25 consideration due to not playing that tough of a schedule. Friday’s championship will be the final step towards a potential Power 25 berth.

Zacahry is the No. 1 seed in the 5A playoffs in Louisiana, but they’ve squeaked past their two previous playoff opponents to get to the semifinals. The Broncos will need to score two big wins in the next two weeks to get back into Power 25 contention.

Springfield is looking for its first ever state title in Ohio while St. Edward is playing for a Power 25 berth. Read more about the title game here.

Oakland has been ranked in the Power 25 for the majority of the year. They’re one win away from clinching a spot in our final Power 25 rankings released Dec. 20.

Hamilton is the best team in Arizona led by star quarterback Nicco Marchiol, but Saguaro is on the rise. Don’t expect this to be an easy game for Hamilton.

Going into last week’s game, Dutch Fork had won all 12 of their previous games by at least 28 points. In last week’s semifinal, the Silver Foxes beat Fort Dorchester 21-14. Can undefeated Gaffney hand Dutch Fork their first loss since September 1, 2017?

Graham-Kapowsin has dominated all 13 of their opponents so far this year winning each game by at least two scores. Similarly to Clay-Chalkville, the Eagles haven’t played too tough of a schedule, so they’ll need to keep winning with style points to enter our final Power 25 rankings on Dec. 20.

When these two teams met in early September, Male gave St. Xavier its only loss of the season 28-21. If the Bulldogs win the rematch to finish the season undefeated, they’ll be strongly considered for the final Power 25.

Led by star Oklahoma running back commit Gavin Sawchuk, Valor Christian has won every game they’ve played in by at least ten points this fall. Cherry Creek lost to Power 25 No. 17 Chandler 17-7 in September. If Valor Christian blows out Cherry Creek in the title game to win by a larger margin than Chandler did, that would greatly boost the Eagles’ Power 25 chances.

Jesuit made a huge statement last week when they took down Brother Martin 28-10. The Blue Jays now go up against another traditional Louisiana power in Baton Rouge Catholic. A win for Jesuit would certainly warrant Power 25 consideration.