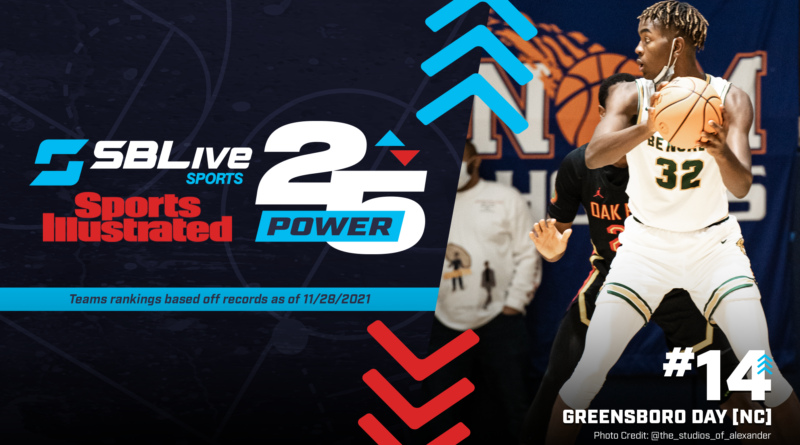 Hear that? The state of Texas would like you to know it has arrived.

The wins moved both teams up a spot to No. 5 and No. 13, respectively, in the latest SBLive/SI Power 25 rankings of the season, released Monday.

There was little other movement as many states still have yet to start season, but that should change this week with the start of National Interscholastic Basketball Conference play, which will square No. 1 Montverde, No. 2 IMG Academy, No. 4. Sunrise Christian and No. Oak Hill Academy against one another, among other ranked matchups in a three-day succession.

Tuned up with a 67-35 home win over Admiral Farragut (Fla.) to officially kick off its season ahead of the start of NIBC play. The Ascenders open with No. 4 Sunrise Christian (Thursday), No. 1 Montverde Friday and No. 9 Oak Hill (Saturday).

Up next: Dec. 3 at Mount Pisgah

Beat Christian Brothers (Mo.) 65-49 behind Mark Mitchell’s 23 points. Kansas-bound Grady Dick had 19 points and 11 boards in a 74-61 win over Bartlett (Tenn.) in the Memphis Hardwood Classic.

What a week for Texas’ highest-ranked Power 25 team. The Panthers beat Wheeler (Ga.) before beating California’s two highest-ranked Power 25 teams in the Dallas Thanksgiving Hoopfest. They beat No. 24 Corona Centennial 75-70 on Friday and an Amari Bailey-less No. 5 Sierra Canyon on Saturday, 80-73, behind big performances from five-stars Anthony Black and Ron Holland.

Lost to Duncanville 80-73 in the Dallas Thanksgiving Hoopfest finals — a rematch from the same event in 2019, which Sierra Canyon won 66-63. Trailblazers are still playing without five-star UCLA commit Amari Bailey, who is still injury. A timetable for his return is unknown.

Quiet week ahead of a jam-packed first NIBC weekend. The Warriors play No. 1 Montverde Thursday, No. 4 Sunrise Christian Friday and No. 2 IMG Academy Saturday at Montverde.

Took down national prep school power AZ Compass 61-38 in the Dallas Thanksgiving Hoopfest behind 25 points from Alabama commit Rylan Griffin and 22 from Kentucky-bound Cason Wallace. (Editor’s note: Though it’s widely considered among the country’s most talented high school teams, AZ Compass does not qualify for the Power 25 because it is not allowed to play  Arizona Interscholastic Association member schools in its home state.)

The Bengals built on a hot start to the season that featured a win over Oak Hill by beating in-state opponents Wesleyan Christian Academy (60-38), Glenn (60-28) and South Mecklenburg (61-57) in the Bobby Martin Classic.

Has not started its season. The NJSIAA regular season starts Dec. 15.

Downed by Lake Highland Prep (Fla.) 61-60 to open the season after Ohio State signee Bryce Sensabaugh dropped 39 points and the game-winner with 7.8 seconds left. Rebounded by beating Tri-Cities 79-69 in the Florida Get Down showcase in Orlando.

Did not play games Thanksgiving weeks after beating Vision Academy in the Westtown Phelps Tournament Championship on Nov. 21. A competitive stretch awaits, starting with La Academia on Thursday and the D.C. National Hoopfest Saturday and Sunday (Dec. 4-5).

Opens season against Gonzaga College (D.C.) in the Chicago Elite Classic this weekend.

Opened its season with an 82-30 win over Highlands Christian on Saturday.

Opens the season this week with back-to-back games over in-state opponents St. Mary’s and Luther.

Rebounded from a narrow 75-70 loss to No. 6 Duncanville by beating Kimball (Tex.) in the Thanksgiving Hoopfest in Dallas.

After a promising performance at a scrimmage with an NIBC team last week, young, talented Gorman makes its long-awaited return to the court against Folsom (Calif.) Thursday in the Wild West Shootout in Northern Nevada.