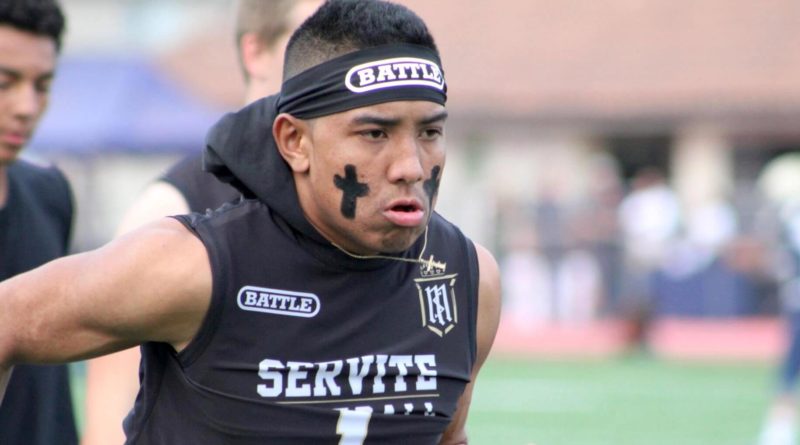 Editor’s note: Our final Power 25 national high school football rankings will come out on December 20th after every state has finished up their postseasons.

Brother Martin is 5-5 only because they had to forfeit games due to ineligible players, but on the field they haven’t lost. If the Crusaders go on to win a state title in Louisiana, they’d have to be considered for the Power 25 so this game makes the list. This semifinal game will be played on Friday night.

East’s only two losses on the season have come against Power 25 No. 3 IMG Academy and No. 4 St. John Bosco. An impressive state championship showing may end up propelling the Flyers into the final Power 25 rankings. Their state title game against Carey-Grove will be played on Saturday.

Saint Francis has had an incredible season led by star running back Viliami Teu. Earlier this year, Saint Francis beat Serra 44-21. If the Lancers win Friday’s rematch in the Section title, they’ll face off against the Mater Dei vs. Servite winner for a state championship, which would really show where Saint Francis stacks up against the country’s best.

Clay-Chalkville needs to go undefeated and win a state title to earn Power 25 consideration due to not playing that tough of a schedule. Friday’s semifinal will be another step towards the Power 25.

Graham-Kapowsin has dominated all 12 of their opponents so far this year winning each game by at least two scores. Similarly to Clay-Chalkville, the Eagles haven’t played too tough of a schedule, so they’ll need to keep winning with style points to enter our final Power 25 rankings on Dec. 20.

Dutch Fork has won all 11 of their games by at least 28 points so far this year. As the Silver Foxes get deeper into the playoffs, that number has to eventually get lower, right? We’ll see on Friday on the road against undefeated Fort Dorchester.

Center Grove should win this game, but Westfield will be a tough opponent. What gives Center Grove the edge outside of the fact that they haven’t lost a game in two years is that the Trojans beat Cathedral earlier this season 21-6 while Westfield lost to Cathedral 14-0. The game will be played on Saturday.

Oakland is loaded with top recruits led by 2022 Georgia running back commit Jordan James. The Patriots have been ranked in the Power 25 for weeks, but a loss to Maryville would move Oakland out and Maryville in. The title game will be played Friday night.

This game won’t be played until Wednesday, December 1st, but it’s a massive showdown and comes in at No. 2 on the list. Thompson has been in our Power 25 national high school football rankings since August. Central would enter for the first time if they win.

The top two teams in California face off in the Division 1 Southern Section championship game on Friday night. Read about the five biggest storylines going into the game here.