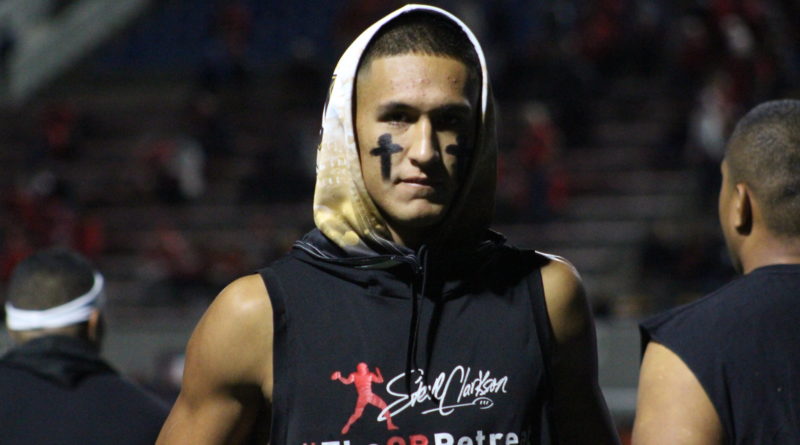 Here are the performances that caught our eye for Nov. 11-13.

Keith totaled 400 yards of offense – including 275 yards on the ground – and scored six touchdowns to lead Parker to a 41-34 win over Alexandria in the 5A playoffs.

Kyle rushed for 348 yards and nine touchdowns and passed for 260 yards and two TDs to lead Decatur Heritage to a 76-60 win over Ragland in the 1A playoffs. His 11 touchdowns are a single-game Class 1A playoff record.

Brown was 20 of 26 passing for 369 yards and six touchdowns in Friday’s win over Norco.

Washington rushed for 337 yards and five touchdowns to help the Highlanders take down Grossmont in Friday’s playoff game.

McMillan had seven catches for 100 yards and also had three interceptions, returning one 87 yards for a touchdown in the win over Santa Margarita.

Stockton threw five touchdown passes and rushed for two more scores in a 63-14 win over Pace Academy. He completed 18-of-21 passes for 302 yards and added another 154 yards on 12 carries.

Adams grabbed three interceptions and returned two of them for touchdowns in a 51-0 win over Lithonia.

LaRose rushed for 444 yards and six touchdowns to lead South to a 40-18 win over Worcester Tech.

Just one day after his mother died from breast cancer, Brown threw six touchdown passes and ran for two more to lead Red Bank Catholic to a 58-34 victory over Morris Catholic in the first round of the playoffs.

The senior put together a career game with 264 yards and two touchdowns on 21 carries. The Eagles had a 377-92 rushing advantage as they shut out Canton McKinley 42-0.

Ross ran the ball 19 times for 170 yards and scored a school-record six touchdowns — all coming as part of an explosive first half to lead third-seeded Tualatin past 14th-seeded Westview, 58-25, on Friday night in the second round of the OSAA Class 6A state playoffs. Five of his touchdowns were on the ground and the sixth was an 80-yard kickoff return.

Locke became the all-time leader in career touchdown passes in Class 6A Texas high school football history after throwing for 283 yards and five touchdowns on 14-of-18 passing in a 55-14 win against North Garland. He also ran 15 times for 165 yards and two rushing touchdowns.

Herman threw for 327 yards and three TDs on 20-of-32 passing and ran for 167 yards and six rushing touchdowns in Georgetown’s 63-56 shootout victory against previously undefeated Dripping Springs.

Laird recorded nine receptions for 272 yards and four touchdowns in a 41-27 win over Ferris on Friday.

Went 21 for 32 passing for 329 yards and five second-half touchdowns as the Blue Train scored 35 unanswered points in a 49-35 first round win over Glacier Peak on the road.