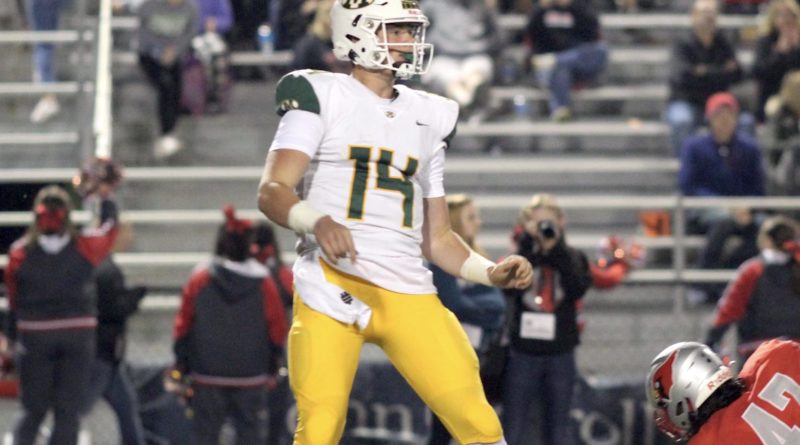 Here are the performances that caught our eye for Nov. 5-7.

The senior completed 13-of-16 passes for 386 yards and 5 touchdowns in the Wildcats’ 63-23 victory over West Memphis.

Fletcher had five tackles and two interceptions including a pick-six against Murrieta Valley on Friday.

Rasor passed for 310 yards and three touchdowns and also had two rushing touchdowns in Friday’s 42-35 playoff win over Warren.

Teu ran for 344 yards and two touchdowns in a 44-21 victory against Serra for the WCAL championship.

Green lifted the Huskies over Turlock 36-22 in the playoffs with 150 yards and two touchdowns rushing, a receiving two-point conversion, an 18-yard touchdown pass, and a 62-yard fumble recovery touchdown on defense.

Porteous went off for 499 yards and seven touchdowns passing on 34-51 completion in a 53-27 victory over Justin-Siena.

Farrell, a Virginia Tech commit, carried the ball nine times for 202 yards and three touchdowns while going 12-of-17 passing for 161 yards and a touchdown in a 42-14 win over Cherokee. Milton won its fourth consecutive region title.

The senior Penn State commit was responsible for 443 yards of total offense and six touchdowns as he led the Bees to a 45-14 win over Cleveland Heights.

Bebie became the program’s all-time single-season rushing leader after finishing with 225 yards on 22 carries and three touchdown runs in a 32-15 win over Buckeye.

Fisher ran for 294 yards and six touchdowns for Westview, who pulled away from Barlow in the third quarter for a 57-34 first-round playoff win.

Lambert threw for 391 yards and six touchdowns on 13-of-17 passing in a 63-7 win against Brownwood to help Stephenville wrap up a perfect run through the regular season. He also ran for 53 yards and two rushing touchdowns on six carries.

Trevino caught eight passes for 200 yards and four receiving TDs, both season highs, in a 31-21 road win over Sharyland Pioneer to clinch a share of the District 16-5A DII title on Friday. He also ran a kickoff return back for an 80-yard special teams touchdown.

Completed 23 for 34 pass attempts for 253 yards and three touchdowns in the air, 169 yards and two touchdowns on the ground and a game-winning touchdown heave and two-point conversion to beat Kennedy Catholic 43-42 in the final seconds.

Returned two blocked punts for touchdowns in a 42-0 win over Juanita to clinch a 3A state berth and the 2-seed.