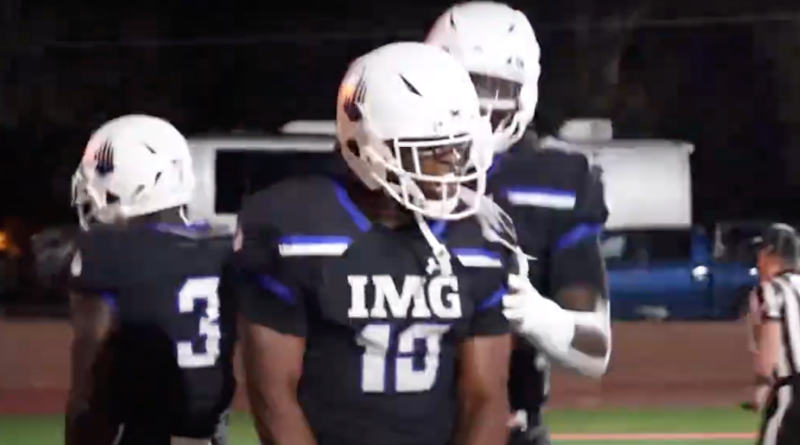 MADISON, Miss. – Kaytron Allen rushed for 153 yards and three touchdowns to lead IMG Academy to a 49-8 win over East St. Louis on Friday in a game played on a neutral field at Madison-Ridgeland Academy in Mississippi.

IMG came into the game ranked No. 2 in the country in the SBLive Power 25, and the Ascenders lived up to the billing as they outscored the Flyers 28-0 in the second half.

Keon Sabb set the tone early with a 98-yard pick-six to give IMG a 7-0 lead. Allen added a 9-yard touchdown run later in the first quarter and A.J. Duffy threw an 8-yard TD pass to Shawn Miller in the second quarter.

Luther Burden scored the lone touchdown for East St. Louis on an electric 54-yard punt return in the second quarter.

Watch all the game highlights here: