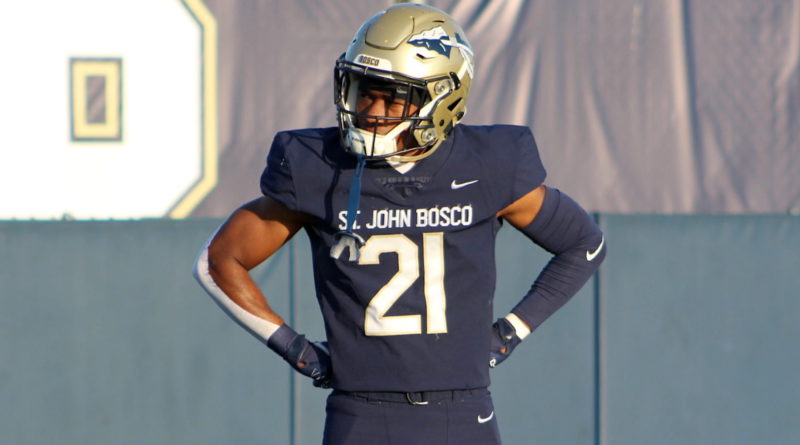 Here are the performances that caught our eye for Oct. 14-16.

Peppins caught five passes for 227 yards, all for touchdowns, with the final score coming early in the third quarter, in a 48-0 win over Oak Mountain.

The junior passed for 520 yards and seven touchdowns in the Cardinals’ 64-3 rout of De Queen.

Gi rushed for 138 yards and a touchdown and caught four passes for 118 yards to lead Serra, the seventh-ranked team in SBLive’s California Top 25, to a 28-21 win over Valley Christian.

Kelly dominated the line of scrimmage in his return from injury, totaling six sacks in less than three quarters of play in Dillard’s 62-0 win over Hallandale.

Gray accounted for more than 350 all-purpose yards, including 262 yards on 25 carries and three TDs along with returning a kickoff 85 yards for another TD in the Highlanders’ 47-37 win at Noble.

The senior rushed for seven touchdowns to highlight the Eagles’ 56-6 victory at Ashland. Hill’s seven rushing touchdowns are the most in any Oregon Class 5A game in the past four seasons.

The junior turned in a huge play on three consecutive snaps to help the Lions pull away for a 42-21 win over Tigard. Ingle made an interception on the Tigers’ first possession of the third quarter and returned it for a touchdown. On the next snap, Ingle made another interception, and on the next snap, he connected with Barret Brundage on a 50-yard score for a 35-14 lead. Ingle added a third interception midway through the fourth quarter. He passed for three touchdowns — one as a running back and two as a quarterback.

Barrett threw for 426 yards and eight touchdowns on 25-of-43 passing and also ran for two touchdowns in a 79-73 shootout win over Carrollton Creekview.

Palacio threw for 332 yards and seven touchdowns on 13-of-21 passing in Creekview’s 79-73 shootout loss to Fort Worth Wyatt.

Bower, a Washington State baseball commit, completed 22 of 39 passes for 359 yards and six touchdowns, and added 99 yards rushing on 11 carries and an interception on defense in a 56-21 win over Bremerton.

“He’s an athlete you see only once every 20 years,” Kalama coach Sean McDonald said. “Anytime you have a player like that, you’re going to score a lot of points.”