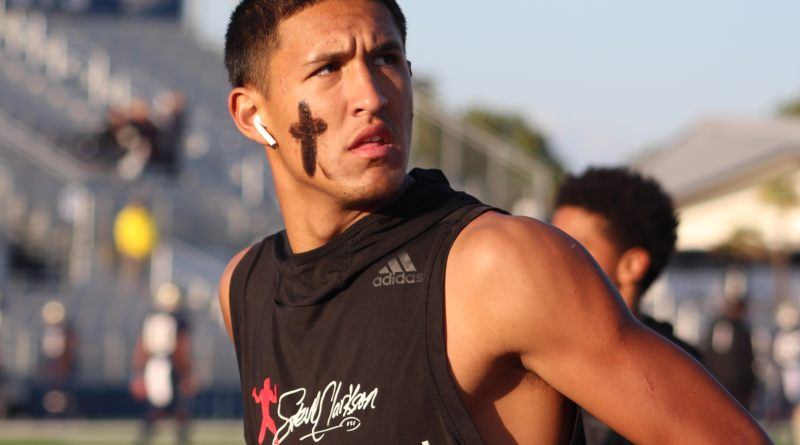 Here’s a closer look at the top high school football games from around the country being played Thursday, Friday and Saturday with an emphasis on what their results mean for the Power 25.

So far this season, no one has been able to slow down Servite’s dynamic duo of QB Noah Fifita (Arizona commit) and WR Tetairoa McMillan (Oregon commit). Santa Margarita will be Servite’s stiffest Trinity League test outside of St. John Bosco and Mater Dei. Can the Eagles keep it somewhat close with the Friars? We’ll see.

Oakland head coach Kevin Creasy thought his team made too many mistakes in their 63-36 win over Blackman last week and he said they’ll have to be better against undefeated Christ Presbyterian Academy. Led by 2022 Georgia running back commit Jordan James, Oakland has the better roster and is expected to win this battle of unbeatens.

Hamilton QB Nicco Marchiol has put together a fantastic senior season so far this year. Chaparral is a tough opponent, but Hamilton and Marchiol should win this game and stay in the top 15 of next week’s Power 25.

This game is a rematch of last year’s state championship game that Bixby won 17-14. It’s a must win for Bixby to stay in next week’s Power 25.

De La Salle’s 318-game win streak against Northern California opponents ended last month. Folsom is trying to make it two losses in a row against teams from NorCal on Friday and they’ll have a great chance to do so. The Bulldogs are the better team and should win.

Archbishop Spalding has another stiff test on its hands this week against Malvern Prep, a top ten team in Pennsylvania. Spalding needs to win to stay on our Power 25 radar.

Baton Rouge Catholic is currently the clear No. 1 team in Louisiana, but the winner of this game stays undefeated and will be worth Power 25 consideration if they keep winning. Zachary’s best player is Louisiana commit Charles Robertson, a 2022 wide receiver. Live Oak’s top player is also a 2022 receiver, South Alabama commit CJ Davis.

Brusly won their game 83-0 last week over Collegiate, so clearly they’re worth watching. University Lab is another team to watch thanks to 2022 cornerback Austin Ausberry, running back Derrick Graham and athlete Roman Pitre, a Purdue commit. All three are national recruits. University Lab could make next week’s Power 25 with a win.

Graham-Kapowsin is Washington’s No. 1 ranked team. It will most likely take an undefeated state championship season from the Eagles to make this year’s Power 25, but this week’s game against Bellarmine Prep is their first major test of the season and a game we’ll have our eyes on.

Both Longview and Highland Park have losses to Texas teams, so the winner of the game will stay on our Power 25 radar while the loser will fall off.