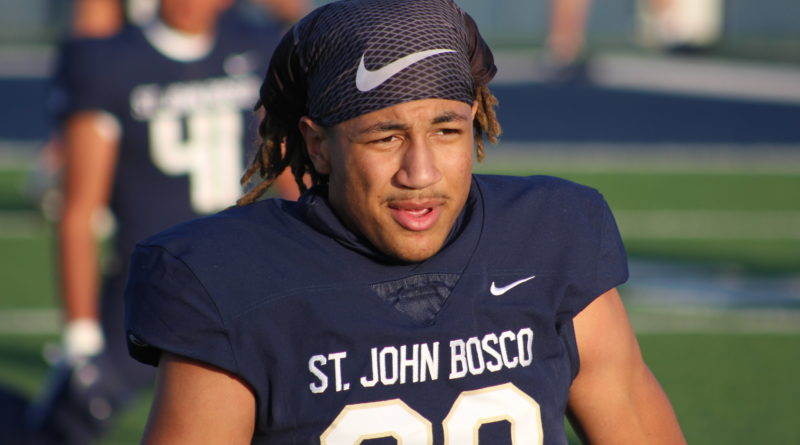 St. John Bosco will take on the No. 1 team in Virginia on the road this week. Oscar Smith’s best player is 2022 safety Sherrod Covil Jr., a Clemson commit. St. John Bosco is ranked No. 2 in the Power 25 due to their dominant defense.

Bishop Gorman has already beaten the No. 1 team in Hawaii and a top five team in Utah. How will they perform against Arizona’s No. 3 team?

This game is Corner Canyon’s first big test of the season. Will they pass?

Buford is the No. 2 team in Georgia. How will they fare against a Top 15 team in Florida?

The winner of this game will be in next week’s Power 25.

Bixby running back Braylin Presley, an Oklahoma State commit, is one of the top running backs in the country. Can 2022 linebacker Gabe Brown and the rest of the Stillwater defense slow him down? Brown is also committed to Oklahoma State.

If Gonzaga wins this week there is a very strong chance they’ll be in next week’s Power 25.

A loss for St. Frances would bring them to two on the season and eliminate them from Power 25 contention for the rest of the year.

Dutch Fork is the No. 1 team in South Carolina. Their top player is 2022 wide receiver Antonio Williams. The Silver Foxes need to win this week to stay on our Power 25 radar.

This game is one of the top rivalry matchups in Texas. Whichever team wins, will stay on our Power 25 radar.