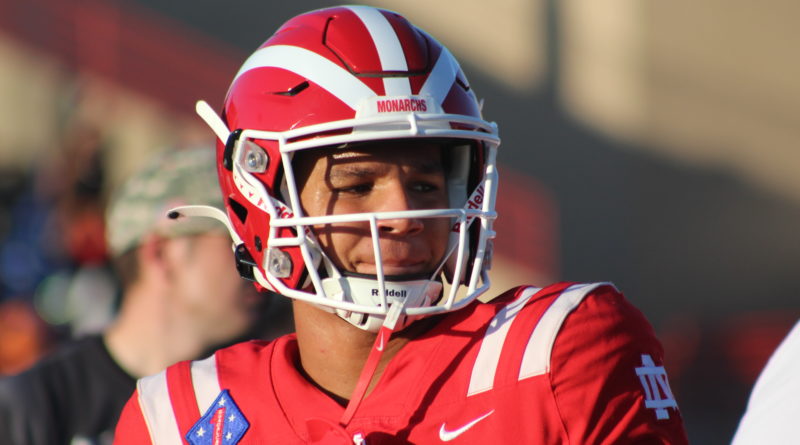 Mater Dei looks to win another out of state battle after flattening Duncanville (Texas) 45-3.

Expect IMG Academy to win big, but Northwestern is one of the top teams in the Sunshine state.

Cherry Creek is one of the premier teams in Colorado. If they beat Chandler, they’ll be in the Power 25.

Behind QB Bo Edmundson, Lake Travis is 2-0. Rockwall has Mississippi State commit Braedyn Locke under center. This will be a great quarterback battle.

These two teams were both top ten in the country before early season losses. Whoever wins will be in next week’s Power 25.

Miami Central has played No. 2 St. John Bosco and No. 12 Bishop Gorman and lost both contests. This is a must win game for the Rockets.

Catholic showed they’re the top team in Louisiana in their 38-10 season opening win against Our Lady of Good Counsel (Md.) last week. Can Acadiana challenge the Bears this week?

Cartersville is 3-0 and went 13-2 a year ago. Creekside is the surprise team in Georgia this fall after upsetting Grayson 19-14 in their opener. They need to win to stay on the Power 25 radar. Creekside’s top player is 2022 three star corner Dainsus Miller.

Valor Christian played like a Power 25 team in their 30-7 win against Oaks Christian (Calif.) last week. Gavin Sawchuk, an Oklahoma commit, rushed for 242 yards and four TDs. Friday’s showdown is a big one for Eastside Catholic, it’s one of the only times this season a high school football power from Washington plays a team from out of state.

Lone Peak is one of the top teams in Utah. How will they fare against the best team in Nevada?

Milton was ranked in many national polls before a 40-21 defeat to North Kobb last month. If St. Joseph’s Prep is truly a Power 25 team, they’ll win this game.

Thus game was a classic in 2020 with St. Augustine winning 27-26. The winning team this week will stay on our Power 25 radar.