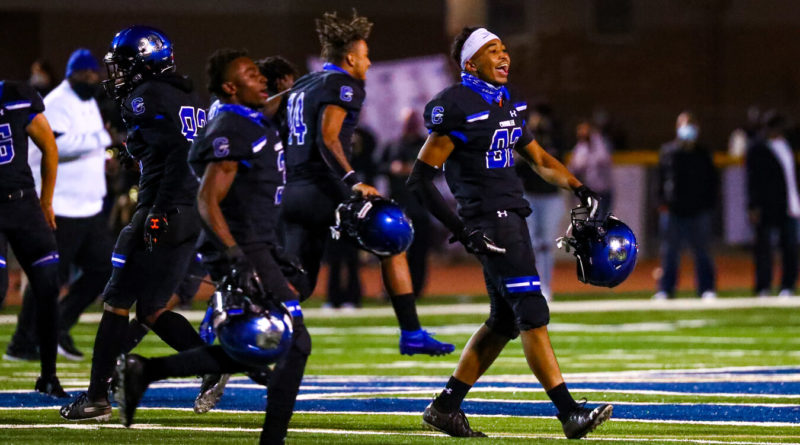 Every SBLive Power 25 team that hasn’t kicked off its season yet will play this week. Here’s a closer look at the top high school football games from around the country being played Friday and Saturday with an emphasis on what their results mean for the Power 25. There were two Thursday night games with results listed below.

Carroll’s defense earned a crucial stop to force a fourth down and long for Rockwall Heath with enough time for one more play. The Hawks lined up for a chip-shot field goal attempt for the win, but the No. 3 Dragons (2-0) got their fingertips to it and blocked the would-be-game-winning kick to survive and hold on for a 36-35 comeback road victory against No. 12 Heath (1-1) in a matchup between two SBLive Texas Top 50 ranked teams on Thursday at Wilkerson-Sanders Memorial Stadium.

The win by Aledo could push them into the Power 25 next week. Aledo senior safety Bryan Allen Jr. is committed to Texas.

IMG Academy will be expected to win this game by a wide margin, but La Salle is traditionally one of the top teams in Ohio.

2022 Clemson QB commit Cade Klubnik and his Westlake teammates face their first test of the season in this game.

Ryan should win this rivalry game, but it’s one of the premier showdowns in Texas this week. Ryan senior safety Austin Jordan is committed to Texas.

Chandler will defend their state championship for the sixth consecutive season this fall. Their week one opponent, Centennial, is a top five team in Arizona.

This is one of the better games on paper from across the country. Center Grove is very talented, but Carmel is 2-0 as well with two impressive wins against Trinity (Kentucky) and King (Michigan). 2022 Center Grove QB Tayven Jackson is committed to Tennessee.

Both of these teams are on the cusp of the Power 25; whoever comes out on top will be strongly considered for entry next week. 2022 Lake Travis receiver Caleb Burton is committed to Ohio State.

This is another showdown between two of the top teams in Texas. Both squads have top recruits on their offensive lines.

American Heritage lost in a shocking upset to Treasure Coast last week. How will they respond?

Bixby is expected to win, but this game features two of the top teams in Oklahoma. Running back Braylin Presley, Bixby’s Oklahoma State commit, is the player to watch here.

These two teams are two of the best in the Maryland/Washington DC area. 2022 Gonzaga tight end Nate Kurisky is committed to Georgia Tech. 2022 Defensive lineman Dani Dennis-Sutton, a Penn State commit, is McDonogh’s top ranked recruit, but he’s dealing with an injury and will miss the game.

Gulliver Prep is a dark horse candidate from Florida to make the Power 25 at some point this season. They’ll need to win to stay in the picture.

Venice had a very impressive scrimmage win against Miami Northwestern to put them on our Power 25 radar. This week they play Edgewater, the team that fell in the 7A state championship game to St. Thomas Aquinas last season.

Creekside pulled off a massive upset against Grayson in their first game of the season. Undefeated Westlake will be another big challenge. Both teams have Division 1 recruits on their rosters and are on our Power 25 radar.

Our Lady of Good Counsel beat St. Joseph Regional out of New Jersey 28-21 in their first game of the season. How will they look against one of the top teams in Louisiana?

2022 Acadiana cornerback Laterrance Welch is committed to LSU and 2022 Rams defensive lineman Walter Bob is committed to Alabama. Those two are a big reason why Acadiana is one of the best in Louisiana.

2022 LSU QB commit Walker Howard could push St. Thomas More into the Power 25 if they can put together a win streak.

This is the game of the week. How will Central bounce back after falling to No. 2 St. John Bosco 35-12 in their opener? Is Bishop Gorman truly a Power 25 team? Those questions will be answered on Saturday.

A win for Corona Centennial could put the Huskies in the Power 25 after they dismantled last week’s No. 24 team, Cathedral Catholic, 57-14.

Folsom could play its way into the Power 25 if they stay undefeated and go on to beat No. 20 De La Salle on October 8th.

East St. Louis is loaded with talent led by 2022 wide receiver Luther Burden, a top 50 player in his class. The Flyers have several other Division 1 recruits on the roster as well. Expect them to beat De Smet.