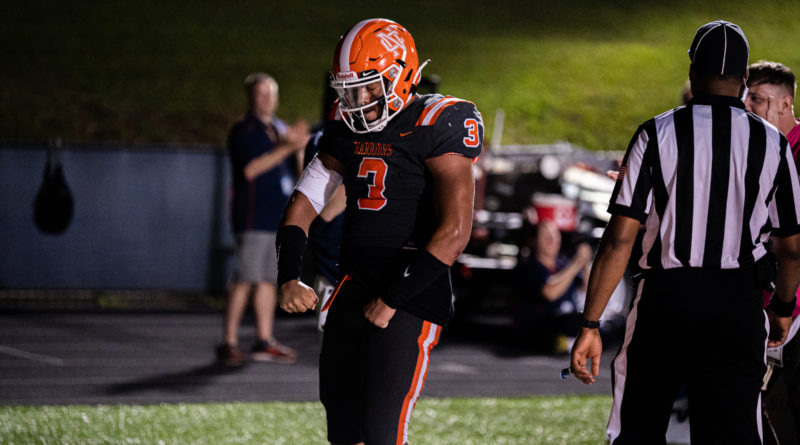 Two weeks of the fall 2021 Georgia high school football season are in the books, and Mill Creek and Westlake were two of the biggest risers in our weekly Top 25.

North Cobb rebounded from a Week 1 loss with a dominant win over Milton, and Marist coach Alan Chadwick earned his 400th career win.

Collins Hill remains at No. 1 after a forfeit win over Sprayberry in Week 2. The Eagles will face Greenville Christian (Mississippi) on Friday at Milton High School as part of the three-day Freedom Bowl.

River Ridge remains in the top five after another a dominating performance in week two. River Ridge beat Woodstock 49-14 on the road.

Lee County put up an incredible 64 points and held Jackson scoreless in a massive Week 2 win.

Grayson bounced back from its Week 1 upset loss to Creekside, beating McEachern 21-7.

Mill Creek dominated former No. 2 Norcross 43-13 to move way up the rankings.

After a tough loss in Week 1 to No. 2 Buford, North Cobb rebounded with a dominant 40-21 home win over former No. 4 Milton.

Warner Robins followed up its convincing Week 1 win over Valdosta with a 50-34 win over Archer to remain unbeaten.

Westlake enters the top 10 of the SBLive Top 25 after its 31-24 upset victory at former No. 3 Colquitt County in Week 2.

Cartersville remains unbeaten after a 38-31 victory over West Forsyth.

Colquitt County lost to Westlake 31-24 after quarterback RJ Johnson ran in the game-winning score late in the fourth quarter.

Lowndes sent Griffin home with its first loss of the season in Week 2. The Vikings won 44-34 at home.

Langston Hughes led Allatoona 6-0 in the second quarter before the game was canceled because of lightning.

Norcross takes a tumble down the rankings after losing to Mill Creek 43-13 in Week 2.

Valdosta got its first win of the season in dominant fashion, beating Madison County (Florida) 52-0.

Starr’s Mill followed up its Week 1 win over Newnan with a huge 53-0 victory over Mt. Zion.

Rome was idle in Week 2 and will face Cherokee on Friday.