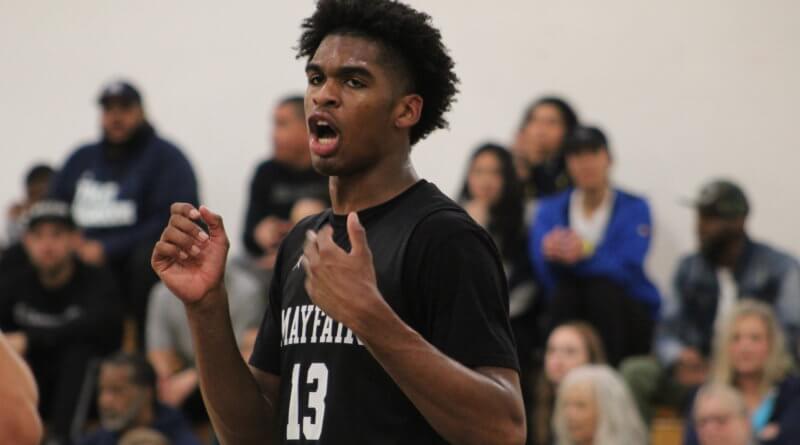 We ran with that joyfully competitive approach toward the NBA draft Thursday night, posting live updates after each pick to see which state won the race for most high school alumni selected.

Based on just about every mock draft out there, such as this one today from Sports Illustrated, it was going to come down to Florida vs. California. And that’s been par for the course the past few NBA drafts.

It proved to be a little more lopsided in Florida’s favor, thanks to seven Montverde Academy players being chosen out of the 60 picks.

Pictured above is Mayfair High School (Lakewood, Calif.) and Arizona State alum Josh Christopher, who went No. 24 overall to the Houston Rockets.

Here are the picks from Thursday night’s NBA draft, including where the players finished their prep basketball career.

The Houston Rockets take the former Prolific Prep (Napa, Calif.) and G League Ignite star whom many see as the highest-upside player in the draft. Florida 1, California 1

The 7-footer from USC and four-year player for Rancho Christian in Temecula, California, goes to the Cleveland Cavaliers. California 2, Florida 1

The versatile forward from Florida State makes it half of the first four picks being Montverde Academy alumni, going to Toronto. California 2, Florida 2

Golden State goes with the athlete from G League Ignite and The Patrick School in Hillside, New Jersey. California 2, Florida 2

The college defensive player of the year from Liberty County High School in Hinesville, Georgia, and Baylor goes to Sacramento. California 2, Florida 2

The Grizzlies spring a lottery surprise by going with the Stanford and Sierra Canyon (Chatsworth, Calif.) alum. California 3, Florida 2

The prolific scorer from The MacDuffie School in Granby, Massachusetts, and UConn falls a little further than expected to Charlotte. California 3, Florida 2

San Antonio opts for the Canadian who played one year at Alabama and was expected to be a late first-rounder. California 3, Florida 2

Indiana takes the oldest player in the draft in the Oregon sharpshooter from the Redemption Christian Academy in Troy, New York. California 3, Florida 2

The Warriors get a player many thought they’d take at 7 in the Arkansas and Montverde Academy product. California 3, Florida 3

Arguably the best shooter in the draft, the four-year star for King’s High School in Shoreline, Washington, and then Gonzaga goes to the Washington Wizards. California 3, Florida 3

Oklahoma City trades the pick to Houston, which goes with the Turkish big man with a perceived big upside. California 3, Florida 3

Murphy goes to the Pelicans as part of a Ziaire Williams trade with the Grizzlies. He went to the Cary Academy (North Carolina) and Virginia. California 3, Florida 3

The Thunder find their Mann, who played his entire high school career for The Villages High School in The Villages, Florida, before playing in college for his hometown Gators. And perhaps less importantly, he helps Florida regain the lead: Florida 4, California 3

The big man out of Texas and Orlando Christian Prep in Florida via the Bahamas becomes a New York Knick. Florida 5, California 3

The Knicks use their second selection of the past three picks on dynamic dunker Keon Johnson, a product of Tennessee and The Webb School in Bell Buckle, Tennessee, where he played all four years of high school. The Knicks traded him to the Clippers. Florida 5, California 3

Houston selects the defensive ace from Spain who excels in transition. Florida 5, California 3

The natural scorer from College Park High School in The Woodlands, Texas, and Houston goes to the Knicks via the Clippers. Florida 5, California 4

Brooklyn adds an offensive force to its high-scoring bunch in the Oak Hill Academy (Virginia) and LSU alum. Florida 5, California 4

Utah trades the pick to Memphis, which takes the lanky sharpshooter from Spain who played at Loyola-Maryland. Florida 6, California 4