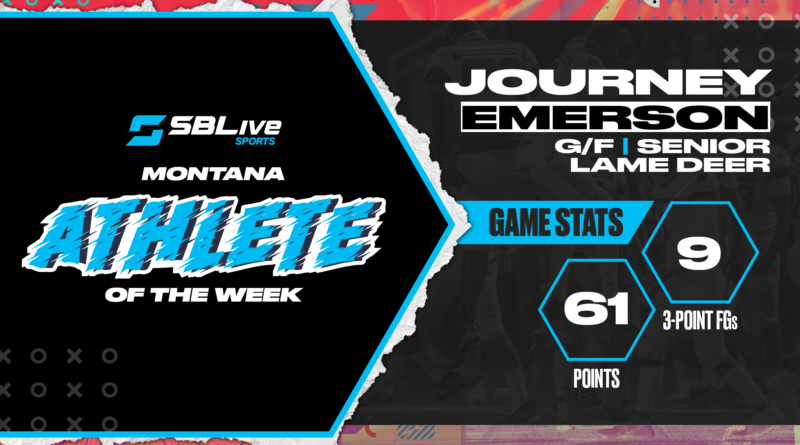 The senior scored the fourth-most points ever, according to the Montana state record book, in a single game with 61 points in a 106-68 win over Poplar, including nine 3-pointers.

Emerson received 50% of the vote, beating out Alberton-Superior’s Orion Plaake who finished second with 20%.

Damon Gros Ventre, Lodge Grass Boys Basketball: Poured in 32 points in a 77-73 victory over Class A Hardin, and added 25 points in a 70-51 win over Colstrip.

Eyan Becker, Missoula Valley Christian Boys Basketball: Scored 30 points, stepping into the starting lineup in place of Riely Reimer who injured his ankle during pre-game introductions, in a 51-45 victory over Philipsburg.

Draya Wacker, Melstone Girls Basketball: Scored a game-high 26 points in a 61-10 victory over Custer-Hyshem and had 21 points in a 61-9 win over Wibaux.

Becky Melcher, Forsyth Girls Basketball: Scored a game-high 27 points in a 65-47 victory over Baker and had 20 in a 63-34 win over Shepherd.