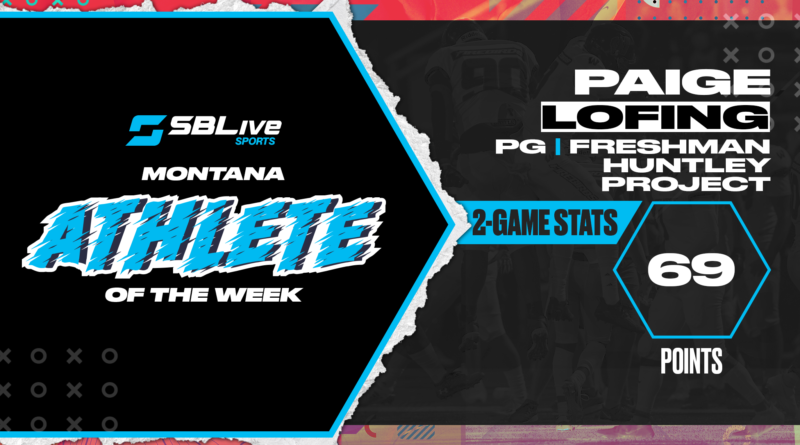 The freshman crossed the 30-point barrier twice this week, scoring 38 and 31 in two games for the Red Devils against Red Lodge and Joliet.

Lofing ran away with this week’s honor, receiving 91.87% of the total vote.

RJ Ramone, Harlem Boys Basketball: Hit on seven 3-pointers en route to a 52-point night in a 71-64 victory over Poplar.

Reagan Machart, Scobey Boys Basketball: Along with his team, had a big opening week. Scored 22 points, grabbed nine rebounds, had eight steals and four assists in a season-opening, 81-24 win over Frazer; added another 22-point effort in a 65-41 win over Dodson that pushed Scobey to 3-0 this season and was the team’s state all-classification record 57th win in a row.

Journey Emerson, Lame Deer Boys Basketball: Had a pair of big games again this week, going over 40 points again with 42 in a 77-45 win over Red Lodge and adding 20 points in an 86-38 win over Custer-Hysham.

Logan Nicholson, Deer Lodge Boys Basketball: Scored 43 points to lead the Wardens to a 70-59 upset victory over No. 8 Drummond.

Damon Gros Ventre, Lodge Grass Boys Basketball: Poured in eight 3-pointers during a 44-point performance in an 81-34 victory over Joliet, then added 29 points in a 71-60 win over Baker.

Quin Gillespie, Bridger Boys Basketball: Consistent performance netted 30 points in a 73-17 victory over Absarokee and had 21 points in a 50-47 loss to Broadview-Lavina.

Taya Trottier, Harlem Girls Basketball: Proving the girls can do it, too, she poured in 19 points in the first quarter and went on to score 38 overall in just three quarters of an 80-40 victory, also over Poplar.

Hallie Neibauer, Chinook Girls Basketball: Poured in 27 points to lead the Sugarbeeters to a 52-36 victory over Big Sandy.