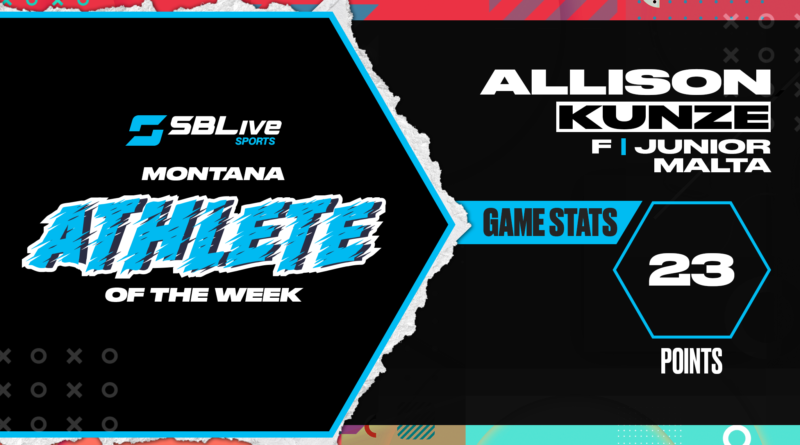 The junior scored 23 points for the Mustangs in their 76-63 victory over the Loyola-Sacred Heart Rams.

Kunze ran away with this week’s honor, receiving 97.75% of the total vote.

Javonne Nesbit, Froid-Lake Boys Basketball: Poured in 30 points in a 77-49 victory over Cut Bank at the Shelby tournament on Saturday, a day after he scored 18 in a 63-57 win over the tournament hosts.

Ty Huse, Bozeman Boys Basketball: Poured in 26 points in a 62-42 victory over Helena.

Emmie Collins, West Yellowstone Girls Basketball: At the Manhattan tournament, she scored 26 points to lead Class C Wolverines to a 40-26 win over Class B Townsend.

Mya Hansen, Billings Central Girls Basketball: Scored a game-high 34 points in a 55-51 loss earlier this week to Hardin, then scored 17 points including the game-winning free throw in overtime as the Rams beat defending state champ Havre, 55-54, on Saturday.