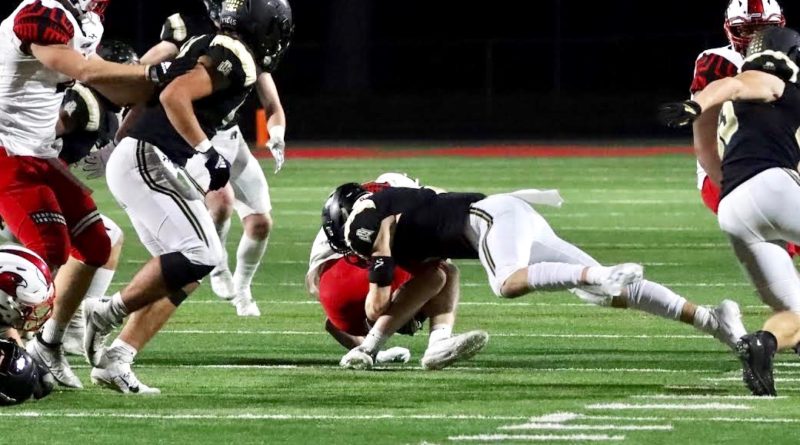 Sometime around 9:30 p.m. (MT) on Friday night, the Billings West football team will walk off the field at Missoula Sentinel after the final horn sounds on the Montana ‘AA’ state championship game.

That moment, whether the Golden Bears won or lost, will end something of an era at Billings West.

This senior class of Bears have proven to be extraordinary for Billings West. From wide receivers Taco and Caden Dowler, to quarterback Isaiah Claunch to Bergeson, these seniors will be playing in their third state championship game Friday night.

The Golden Bears won the title when they were ninth graders in 2018. A year ago, Sentinel handed Billings West its only loss of the season as the Spartans (10-0) won the title, 24-15 – part of what has ballooned to a 20-game winning streak for the defending champs.

That Sentinel victory was the first of back-to-back wins over the Golden Bears (10-1) during the streak. The teams opened the 2021 season against each other on Aug. 27 – a 22-19 Sentinel victory.

“That first game was a heavyweight matchup,” Billings West coach Rob Stanton said. “We do want to keep this week normal, even though it’s not a normal week.”

Even for this group, Stanton and the Golden Bears coaches can tell it’s not a completely normal week for the players. The work ethic that has carried Billings West here has ramped up.

“On ‘Hudl’, we can see much film (our players) are watching,” Stanton said. “We have five to six seniors that, as of Sunday night, had watched 4-5 hours. I did tell them to remember about school.”

Leaders such as Bergeson, Stanton said, were constantly texting coaches by Sunday about specific tendencies they’d noticed, and asking if the coaches had seen the same things.

Bergeson has taken it to the next level as the “coach on the field” for the Golden Bears’ defense.

“Our defensive coordinator (Lance Edward) used to be at Rocky Mountain College,” Stanton said. “And he says he’s able to do things here that he wasn’t even doing there because of Riley Bergeson. He’s kind of the brain of our defense. If the coaches make a mistake, Riley will fix it.”

Bergeson will move on next fall to play for Navy, a decision the safety said was very easy.

“No brainer,” Bergeson said. “When I visited, I loved the campus and the program. They have a motto, ‘Not the next four years, but the next 40.’ I will come out with a job, and I get essentially an Ivy League degree (equivalent) while playing Division I football.”

In fact, in committing to Navy, Bergeson canceled scheduled recruiting trips to Yale and Princeton.

Football simply is in the 6-foot-2 safety and wide receiver’s blood.

While his dad, Robert, played golf for the University of Washington and mom Heather (Dolan), was a volleyball star at Montana State, Bergeson’s grandfather, Pat Dolan, coached for many years at Montana and Billings Senior.

“Pat passed away a few years ago,” Stanton said. “Riley was really close to his grandpa.”

In fact, Bergeson credits his grandfather for turning him into a player.

“Growing up, I wasn’t super into sports,” Bergeson said. “But I liked being around my grandfather.”

To this day, Bergeron still wears a University of Montana hat that used to belong to his grandfather – mostly on game days “just to have him there with me,” the teenager said.

And for Bergeson, Pat Dolan has a place with this senior class. He died days after the Golden Bears won the 2018 title, and did not get to see the game.

“He actually slipped into a coma just a few days before,” Bergeson said.

But this Friday, as Bergeson and the rest of the Golden Bears’ seniors look for a bookend title in their last game together, Dolan will again be represented – by a hat worn by his grandson.