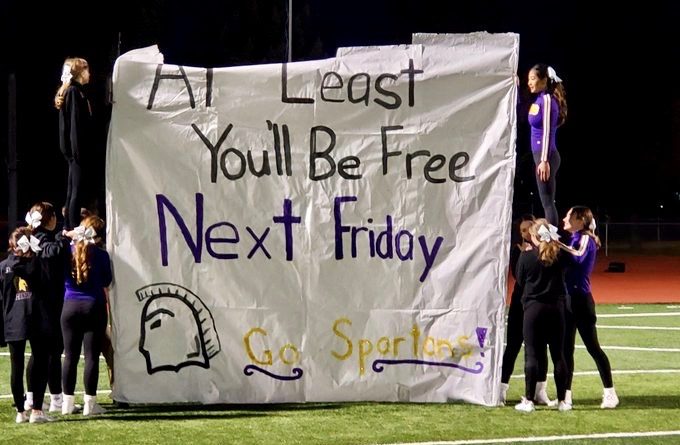 Each week, SBLive will rank the top 10 teams across the state of Montana regardless of classification. Here’s a look at how those teams fared in games played in Week 11 – state quarterfinal round – of the high school football season.

Not sure how you can be more dominant than the Spartans were Friday in extending to 19-game winning streak. They held Bison to 2 yards – and no first downs.

Michael DeLeon has big night (five TD runs), but it was big-boy drive at end of first half (96 yards in three minutes) that gave Golden Bears lead for good (21-14).

Broncs come off the bye and get Cowboys’ squad that had to hold off Columbia Falls’ fourth-quarter rally last weekend.

Locomotives take on Broncs, who defeated Whitefish, 24-13, in opening round. Teams met last season in a game that Laurel won, 35-13.

5. FLORENCE-CARLTON 9-0 (B) hosts Columbus on Saturday

Falcons had no problem with one-win Cut Bank; now get an 8-1 Cougars team that beat Baker, 50-8, in the first round.

Had just beaten the Wolfpack (20-17) a month ago. But Glacier blocked game-tying PAT kick with three minutes to go, and Jake Turner ices it with 51-yard score.

Pirates got a week to sit and watch before getting a 7-2 Rams team and its powerful run game, coming off a first-round rout of Libby, 54-12.

Bruins get two early stops, score a pair of touchdowns in three-minute span, capped by Anthony Bouchard’s 17-yard score, to take 14-0 lead. Then wheels fell off.

Had its fair share of chances driving into Helena territory, but could not find the promised land – until the fourth quarter when the game was out of hand.