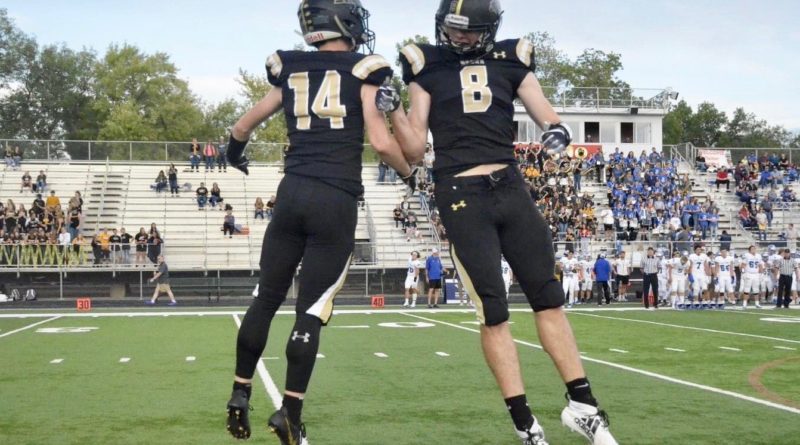 After rolling out a stream of our high school football team rankings, SBLive Montana now turns its attention to the best high-profile positional players in the state of Montana.

The main criteria for these top players are statistics and coaches recommendation to SBLive Montana correspondent Doug Drowley. Players are listed in alphabetical order:

Raptors main target with 43 catches for 762 yards and 11 touchdowns currently is catching balls from his junior brother Garrett, who has moved into the quarterback position in relief of an injured Braeden Mikkelson.

The man every defense schemes against still has contributed all over the football field for the No. 2 Golden Bears with 32 catches for 429 yards and six touchdowns, plus he’s added 120 yards on punt returns this season.

Despite a teammate who is leading ‘AA’ in receiving yards and touchdowns, still averaging more than 100 yards a game (107.4) and a phenomenal 22.8 yards per catch on 33 receptions for 752 yards and six scores.

Leading receiver in AA this fall with 868 yards and 13 touchdowns, averaging 124 yards a game with 56 catches.

One half of a massively productive pair on the outside for the Pirates, has 37 catches for 479 yards and nine touchdowns in just seven games this fall.

Pirates are enjoying a huge offensive year, and with 43 catches for 736 yards and 11 touchdowns, Graham provides one of the premier threats for an unbeaten squad.

Bulldogs have another year to enjoy the guy who has 54 catches for 726 yards and three touchdowns already this season.

Four different Bengals have at least 200 yards receiving, but when the big catch is needed, McGurran is the guy with 39 receptions for 553 yards and seven touchdowns.

Schemed against constantly, the former quarterback serves as decoy as much as primary target. Even with six receivers over 100 yards in receptions this season, leads the Rustlers in a resurgent season with 26 receptions for 397 yards and four touchdowns, and has added 83 yards and seven more touchdowns rushing.

Top-ranked Broncs are very balanced offensively, but the junior still has 25 catches for 531 yards and six touchdowns this fall.

The Bulldogs have enjoyed a big season (7-1 heading into the regular-season finale this week) and one big reason why are the 23 catches and seven touchdowns to go with 428 receiving yards from Schlauch.

Being a No. 2 target in this offense means you are going to get looks – and the only tight end on this list has caught 30 passes for 400 yards and seven touchdowns.

Leads a receiving corps that has three players boasting 268 yards or more in yards for top-ranked Falcons with 25 catches for 465 yards and seven touchdowns.

His 42 catches for 555 yards and seven touchdowns is tops among the Wolfpack’s receiving corps all season long.

Among the leaders in receptions and receiving yards this fall with 48 catches for 707 yards and six scores, helping to put the Hawks in a position for a playoff run.