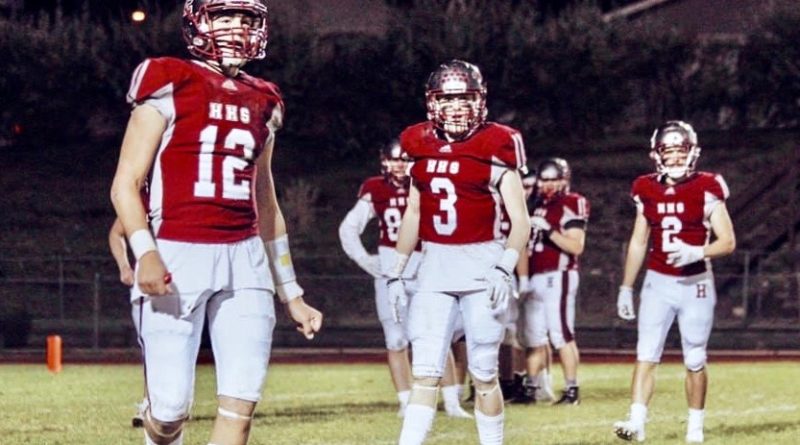 The sixth week of the fall 2021 Montana high school football season was filled with big-time performances.

Here’s a quick look at some of the top stars and best individual performances from Week 6 slate of games across the “Treasure State.”

Isaiah Claunch, Billings West QB: Peak efficiency in a performance that saw him completed 13 of 15 passes for 228 yards and five touchdowns in a 63-0 victory over Skyview.

Kaden Huot, Helena QB: Proved to be an unstoppable dual threat in a 48-24 victory over Glacier, running for 149 yards and three touchdowns while throwing for 170 yards and three more scores.

Luke Maki, Florence-Carlton TE/LB: Contributed on both sides of the ball, catching five passes for 127 yards and two touchdowns while making 10 tackles with 2.5 sacks in a 41-15 victory over Eureka.

Chase McGurran, Helena WR: Came up big with six catches for 92 yards and a touchdown, plus returned a kickoff 99 yards for another TD in a 48-24 victory over Glacier.

Jackson Simonson, C M Russell RB: Ran for 110 yards and a touchdown on 18 carries in a 36-20 victory over Gallatin.

Mason Sjostrom, Billings West RB: Carried the ball just 11 times for 98 yards and a touchdown in a 63-0 victory over Skyview.

Jarrett Wilson, Polson QB: Responsible for 373 yards of total offense and four more touchdowns, completing 28 of 47 passes for 250 yards and adding 123 yards rushing on 14 carries, in a 37-0 victory over Columbia Falls.