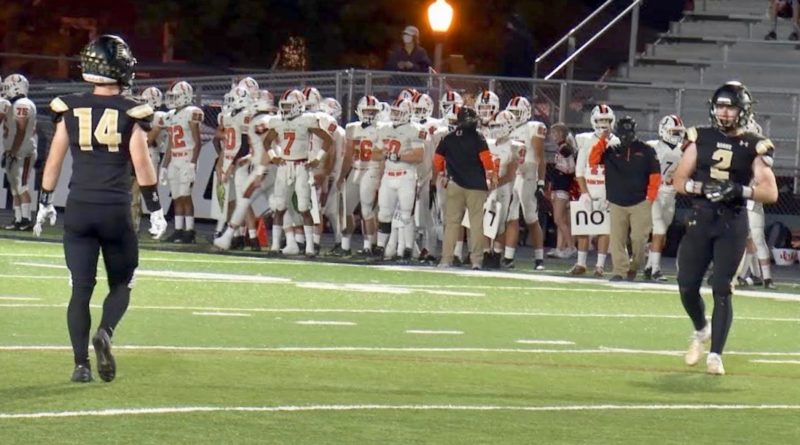 For Taco and Caden Dowler, family is the tie that binds them presently and generationally to the football field.

Presently, the twins from Billings West High School are working with their Golden Bears’ teammates to accomplish the goal they came within 36 minutes of completing just a year ago – winning the Class ‘AA’ state championship.

In the process, the brothers also are carrying forward a family sports tradition as they follow in their grand-uncle’s footsteps. Boyd Dowler won the first two Super Bowls as one of Bart Starr’s wide receivers with the Green Bay Packers, and was named a member of the NFL’s all-decade team for the 1960s.

“I remember a family reunion,” Caden Dowler said. “We were about 11, and we tried on his Super Bowl rings. We talked about football, and recruiting. It was cool to talk to him.”

Taco’s main position is at wide receiver, same as Boyd.

“Taco is going to go really far in football,” Billings West coach Rob Stanton said. “His first three or four steps are so explosive. We love speed, and Taco has it. He changes gears. He has a unique ability to attack a tackler.”

Caden, meanwhile, anchors the defensive backfield – and leads by work ethic and example. That is why he was awarded the team’s special No. 4 jersey.

“I think Taco was the happiest person on our team that Caden got it,” Stanton said.

As Billings West heads into a Week 3 game at Gallatin on Friday night, Caden’s playing status remained murky after suffering a severely sprained ankle in a season-opening loss to defending state champion Sentinel.

Initially, it was thought the injury could sideline him for 5-7 weeks. A day later, doctors thought it would be just a month.

Caden has a different prognosis.

“I thought it would be two weeks, so maybe I’ll be back this Friday,” Caden Dowler said just nine days after the injury. “I’m already out of the boot and walking on it. I believe if you think positive, positive things will happen. And it happened exactly like I said.”

That attitude is simply an extension of a work ethic that pushes Caden to text the team’s strength coach at 5:30 a.m. from outside the weight room at school asking him to open things up ahead of the team’s normal 6 a.m. start time.

It’s an attitude that translates to his teammates, including his brother.

More than just being family spurs the Dowlers, however.

“We build off of each other,” Taco said. “He helps me in the weight room. I help him on the field. It’s nice having your best friend in the house.”

No matter what the outcome of their senior high school season, both brothers are destined for college football. Both already have in-state state – and Taco has a preferred walk-on offer from Kansas State.

But neither has made a choice on their destinations yet. And while they have discussed briefly the possibility of being a package deal, it’s not their highest priority.

“I’m going to take my time, and make the right decision,” Taco said of his college choice. “For both of us, we’ll go where best fits. If that is the same place, that’s the best-case scenario. But I’m not going somewhere just because he wants to.”

For the present, the twins just want to enjoy their final “for-sure” year playing together.

“At times they will do their own thing,” Stanton said. “But they both just want to win so bad.”