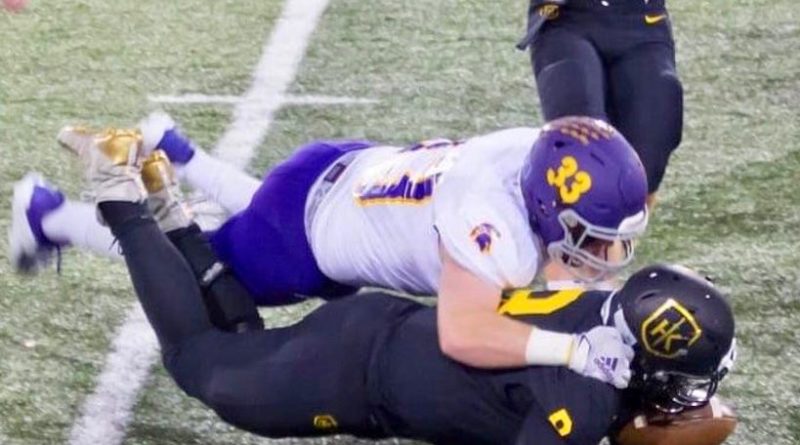 This week: Travels to Bozeman on Friday.

Spartans got a late, game-winning touchdown from senior QB Zac Crews to win 2020 title game rematch. Will put 11-game win streak on the line on the road on Friday.

This week: Hosts No. 6 Helena Capital on Friday night.

Golden Bears look to rebound against another Top 10 foe after turning the ball over twice in the fourth quarter of close loss to defending champ Sentinel last Friday.

This week: Hosts No. 4 Billings Senior on Friday night.

Bengals face second consecutive Top 10 opponent, this time at home, after getting two second-half touchdown passes from QB Caden Huot to pull away from Bison a week ago.

This week: Travels to No. 3 Helena on Friday night.

Maclain Burckley’s chip-shot field goal with two seconds to go lifted the Broncs in their home opener. Challenge gets even tougher facing maybe the state’s best senior quarterback in Week 2.

This week: Travels to C M Russell on Friday night.

Gage Sliter threw for 200 yards and three touchdowns in a Week 1 rout as the Wolfpack rolled up 344 total yards of offense.

This week: Travels to Dillon on Friday night.

The Broncs held the Blue Devils to just 184 yards of offense (21 rushing), built a 34-0 halftime advantage and coasted in a Class A opener.

Running backs Camden Johnson and Beau Dantic each scored a TD, and QB Kyson Moran threw a third, all in the first quarter as Locomotives (the defending Class A-champions) gave the Rangers a rude welcome back to Class A varsity football after two years away.

This week: Travels to No. 2 Billings West on Friday.

Bruins held off Bozeman, which failed on a fourth-quarter two-point attempt to tie the game in a Class AA opener, before heading to Billings for a showdown with No. 2 Golden Bears on Friday.

After getting an extra week to prepare for their season opener, the Class A Rams draw a Cowboys team that shutout Hardin a week ago, 36-0.

This week: Travels to Manhatten/Manhatten Christian on Friday night.

Top two Class B teams both had the first week off before opening against each other on Friday. Falcons face a Tigers team that has lost only once in two years (24-1) – to Lincoln County in the 2019 title game – and are the defending state champs.